Manchester United do not need a big-name manager – because they already have one in Ole Gunnar Solskjaer.

United great Peter Schmeichel believes Solskjaer has done everything required since taking over from Jose Mourinho and deserves time to continue his overhaul of the squad.

When the season was suspended, United were on an 11-match unbeaten run in all competitions and up to fifth spot in the Premier League, on the cusp of a Champions League place.

Although big names including Mauricio Pochettino and Massimiliano Allegri have been linked with the United job, Schmeichel said that the Reds already have a big enough boss in Solskajer.

“I think Ole has been absolutely fantastic,” said Schmeichel.

“Fingers crossed that everyone in the boardroom and the ownership circle see the same thing, that they’re happy with what got and don’t see the need to change to yet another big-name manager.

“We have a big-name manager. Ole Gunnar Solskjaer is one of the biggest names in Manchester United’s history, so we don’t need anybody else.

“Ole had them going really well. It was 11 games undefeated, before everything was closed down. It was a big shame, because the job that Ole’s done, it really is an amazing job.

“I don’t think he was given the best squad of players to do precisely what he wanted to do. He realised very quickly it was going to take time and he spent that time wisely.

“The players he knew for sure that had to go, I think most of them have gone. I think the players he brought in were good, in the sense of what he wanted to do.

“So I’m actually looking at United being very successful this season, with the introduction of new players and still in touching distance of Champions League qualification.” 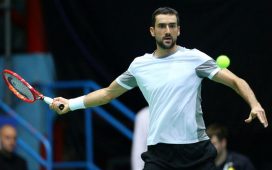