THERE was a time when New Year’s Eve meant finding a new pair of heels and making sure me and my girlfriends picked up the tickets to whatever questionable venue we were going to be frequenting when the clock struck midnight.

Our NYE was always expensive, the floor was always sticky and, to be honest, it was never as good as we had hoped.

Although I’m sure that if Instagram had been around when I was in my heyday I, too, would have been putting up an inspirational quote and a photo of me having THE BEST NIGHT EVER.

How times have changed.

Finnbar is now closer in age to attending nightclubs, but I really don’t mind at all.

Now we have a whole gaggle of children ringing in the new year.

It might look slightly different but, dare I say, it’s better.

My favourite New Year’s Eve was 2015 when Mark and I were staying in Manchester while he was training with Team GB in preparation for the 2016 Rio Olympics.

Frey was only a few months old and Delilah was four.

We went for an early dinner with friends then returned back, watched trashy TV and fell asleep on the sofa.

We set an alarm for just before midnight so that we could go on to the balcony with Delilah to watch the fireworks from all over Manchester.

It wasn’t fancy but it was lovely.

For me, some of the best options for welcoming the fresh year with open arms as a parent or carer are:

KICK OUT OF IT

Beatrice breaks tradition as she brings fiance to Xmas at Sandringham

I think the key is to not put so much pressure on yourselves to do anything really crazy.

Just being together with people you enjoy being around is pretty special in itself.

Plus, let’s be honest, nobody really likes hugging strangers and singing songs no one knows the words to. 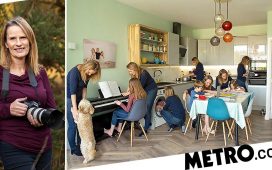 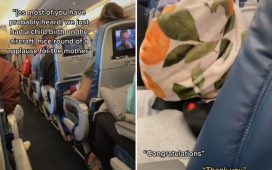