All adults as young as 25, as well as older people, need to know their “bad” cholesterol levels, say scientists, so they can change their lifestyle or take drugs to protect themselves against a heart attack or stroke in later life.

A landmark study involving data from nearly 400,000 people in 19 countries has established for the first time that levels of non-HDL, or “bad” cholesterol, in the blood are closely linked to the risk of heart disease across the entire life course. The research could lead to many younger people taking statins to get their cholesterol down. At the moment, GPs prescribe the cholesterol-lowering drugs mostly to those in middle-age.

The authors of the major study published in the Lancet medical journalsay it is important to know your “bad” cholesterol level from young adulthood. That gives people the chance to bring it down by exercise, healthier eating or taking statins.

“We need to start it early,” said Prof Stefan Blankenberg from Hamburg, who was part of the multinational cardiovascular risk consortium that carried out the modelling study. He would like to see new guidance for doctors.

READ  DR MICHAEL MOSLEY: How to think yourself into living longer

“We should at least put into the guidelines that non-HDL cholesterol determination should be an obligation. At a very young age – 25 to 30. You need to know it.

“In German schools, we have large anti-smoking programmes. We persuade populations not to smoke. We have no programme to let people know about cholesterol. The first thing I would do is establish a cholesterol knowledge programme.”

For young adults, the first remedy for high non-HDL cholesterol would be exercise and losing extra weight, followed by eating a healthier diet, said Blankenberg. The UK government’s advisory body SACN (scientific advisory committee on nutrition) has said that dairy foods and meat are substantial dietary contributors to non-HDL cholesterol. Prof Frank Kee from Queen’s University Belfast, another of the authors, said: “They made a strong recommendation that altering your diet lowered the incidence of [cardiovascular] events,” he said.

Some younger people will have higher cholesterol levels for genetic reasons. The lead author of the paper, Fabian Brunner, had his cholesterol levels tested during the research and found that his non-HDL was high, even though he was only 34, and lean and fit. In such cases, doctors would be likely to prescribe statins.

But younger people such as Brunner, who might be on the drugs for 40 years or more, might prefer lifestyle changes to drugs if they can succeed in bringing down their bad cholesterol levels that way. Although in the short term experts say the drugs are very safe, with only rare or mild side-effects, they have not been tested or used over such a long period of time.

“I myself will, first of all, follow-up whether or not I can lower my non-HDL due to lifestyle modifications,” said Brunner. “If not, I will definitely think about statin intake to prevent future cardiovascular events. However, I’m aware that evidence about the long-term intake of statins – for me it would be 40-50 years! – and potential side-effects are sparse.” 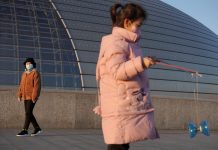