Experts often say it makes sense for savers to combine all their pensions in one place, so they have a single pot that is easier to manage. But former pensions minister Steve Webb this week issued a warning for consumers to think carefully.

He says there were five good reasons to think twice before consolidating small pension pots, and that for some people there is a risk they could end up worse off.

On the face of it, it seems obvious that you should combine your various arrangements in one place: it is tidier, there’s only one company or provider to deal with, and so on.

Many of us will accumulate a lot of pots over a long working life: it is said the average person will have about 11 different jobs. Throw in the fact that some of those providers will probably change their name, move to a new address or be taken over, and it is easy to see why keeping track of all those different schemes and plans might be a challenge if you keep them separate.

Webb, who is now director of policy at life and pensions company Royal London, says: “One of the questions I am asked more often than any other is whether people should combine all of their pensions in one place.”

While that can have some advantages, there are also unexpected disadvantages, he says. “Older pension policies may have attractive features which would be lost if transferred, while small pots benefit from certain tax privileges which do not apply to larger ones. As ever, the best approach is to seek impartial advice or guidance.”

These are his five reasons to think twice before consolidating small pots:

Some, especially those taken out before April 2006 – when a great deal of pension tax simplification took effect – allowed members to draw more than 25% of the pot tax free, or to access the pension before age 55. If these are transferred out individually, privileges can be lost.

When some pensions were sold, they carried a promise that the pot could be turned into a guaranteed income in retirement. Remember Equitable Life? It was the guaranteed annuity rates that were at the heart of its problems. Webb says that, given the collapse in annuity rates in recent years, these guarantees are extremely valuable, but can be lost if transferred into another pension.

While modern pension policies can generally be merged without penalty, savers can sometimes be hit with hefty exit charges if they want to take money out of older policies. Previous reports and surveys have indicated some schemes have charges of 10% or more. So tread carefully here.

The lifetime allowance is a limit on the value of payouts from your pension schemes that can be made without triggering an extra tax charge. It’s currently £1,055,000 – so most people aren’t affected. But if you are, Webb says that “savers are allowed to take up to three pots of under £10,000 without counting against the allowance”.

If you start taking money from a defined contribution scheme, the amount you can pay in and still get tax relief on, typically plummets from up to £40,000 a year to a fraction of that: £4,000 for the 2019-20 tax year. That is known as the money purchase annual allowance, or MPAA. This won’t normally be triggered if you cash in small pots less than £10,000. “Those who consolidate all their small pots miss out on this,” says Webb.

What has Donald Trump actually achieved on trade?

Davos 2020: What to expect at the WEF summit 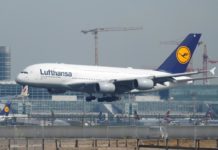