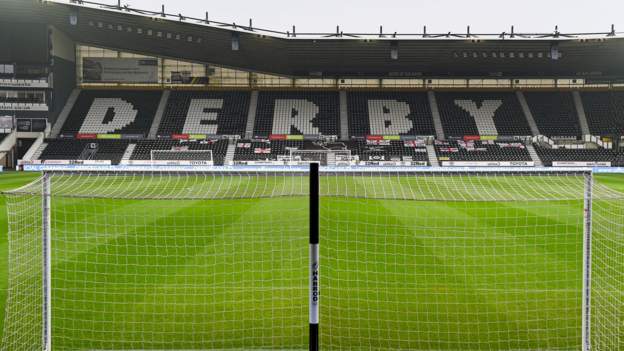 The new deal remains subject to the EFL’s owners and directors’ test.

Wayne Rooney’s side are 18th in the second tier, eight points clear of the relegation zone with six matches of the season to play.

No Limit Sports Limited are owned by Spanish businessman Erik Alonso, who previously had a short period working as an advisor at rival Championship club Sheffield Wednesday.

Alonso said in a statement: “We are privileged to take ownership of one of the founding members of the Football League and to build a fresh future for the fans, staff and players of Derby County.

“It has undoubtedly been a difficult period both on and off the pitch for the club over the last two seasons and we recognise that all of the staff have been dedicated and worked tirelessly behind the scenes to ensure the club’s first team and academy football operations were fulfilled.

“We are looking forward to working with Wayne Rooney and his team, and will do everything possible to support the club’s vision and ambition.

“We would like to thank Mel Morris and his team for their support in helping to facilitate a quick and smooth transaction.”

End of an era

Morris has been looking to sell Derby for a number of months having put in around £200m of his own money to try to help the team win promotion to the Premier League without success.

The Derby-born businessman took over the club in September 2015 and, although they reached the play-offs in three of his first four campaigns as owner, they were unable to reach the top flight.

The club’s finances have come under scrutiny during his ownership, with the club initially charged by the EFL with breaching spending rules in relation to selling the ground to Morris before they were dropped in August.

There has also been instability in the managerial position, with Morris sacking four managers during his time in charge, including Nigel Pearson and Steve McClaren in the same season in 2016-17.

However, he gave Chelsea and England legend Frank Lampard his first job in management in May 2018 and did the same for Manchester United and Three Lions great Wayne Rooney earlier this season.

A deal to sell the club to Derventio Holdings, who were effectively owned by Sheikh Khaled bin Saquer Zayed Al Nayhan, a cousin of Manchester City owner Sheikh Mansour, was agreed in November but, after a period of inactivity on the purchase, Morris pulled out of the sale in March.