Opera announces GX.games for mobile, a new way to create and publish mobile games for free


Opera has teamed up with GameMaker to create a new version of GX.games for mobile devices, which will allow developers to publish mobile games to the web for use on iOS and Android. With the new service platform, GameMaker creators can publish games for an audience of 16-million Opera GX browser users with a single click.

Games on GX.games will run in web assembly in the Opera GX browser on compatible hardware, which should lead to native-like performance despite being on mobile devices without requiring any sort of additional software download. Users just have to follow a single hyperlink to a game title, which should also make things very sharable.

The mobile version of GX.games goes into beta today, and games are expected to be put on the service after an upcoming mobile game jam. The desktop version launched back in  November 2021, and already contains at least 1500 GameMaker games. 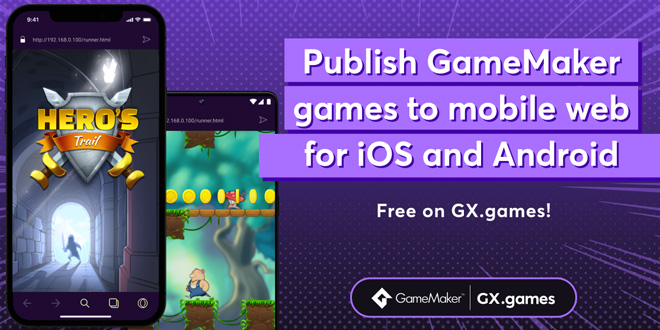 “We want game creators to be able to spend most of their time creating games, not figuring out the complex issues of compatibility. Building a mobile game and making it available on every mobile device via mobile web has just become super easy with GameMaker and GX.games mobile,” said Joanna Czajka, Product Director of GX Games.