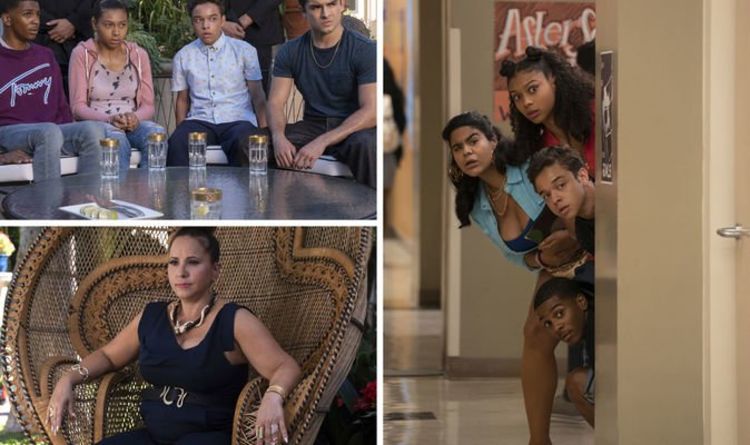 On My Block is due to air on Netflix for a third series and long-standing fans cannot wait to see it return. The series stars Sierra Capri as Monse Finnie, Jason Genao as Ruby Martinez, Brett Gray as Jamal Turner and Diego Tinoco as Cesar Diaz. Netflix has just released a new teaser for season three and here is everything you need to know.

When does On My Block season 3 start?

The first season of On My Block was made up of 10 episodes and was released on Netflix back in March 2018.

Due to its popularity, a second series was announced the following month and it aired on the streaming platform in March last year.

A month later the series was renewed for a third season, which is set to premiere on Netflix on March 11 this year.

On My Block is a Netflix original series, and the latest series will be made up of eight episodes.

Is there a trailer for On My Block season 3?

Fans will be pleased to hear Netflix has just dropped a trailer for the new series, which is due to come out in just over a week.

In the trailer, the four friends have been taken to a woman called Cuchillos who has set them on an important mission.

She says she has brought them there to find a character called Little Ricky who is supposedly alive.

The trailer is full of humour and sees the main cast members making up a plan to find the missing person.

Fans of the series have expressed their excitement on Twitter after the new trailer dropped, with more than 1,000 people liking the post.

In the last series, the group of friends were kidnapped and it is time to find out exactly what happened to them.

They finally meet their captors who end up thanking them for their help with a previous mission and set them on a new task.

They are also challenged with keeping the mission a secret and told they will suffer the consequences if anyone finds out.

The series has been praised for showing a different perspective on what it is like to grow up and start high school.

The show deals with real issues youngsters are unfortunately facing in certain communities during such an important time in their lives.

The series won an award for Choice Breakout TV Show at the Teen Choice award back in 2018 and cast members Diego Tinoco and Jessica Marie Garcia were nominated for accolades at the same awards the following year.

Fans do not have long to wait before the four friends come back to screens for another crazy adventure.

READ  'The Inbetweeners' reboot would be "depressing for everyone," says Simon Bird
Share on FacebookShare on TwitterShare on PinterestShare on Reddit
newsgrooveFebruary 29, 2020