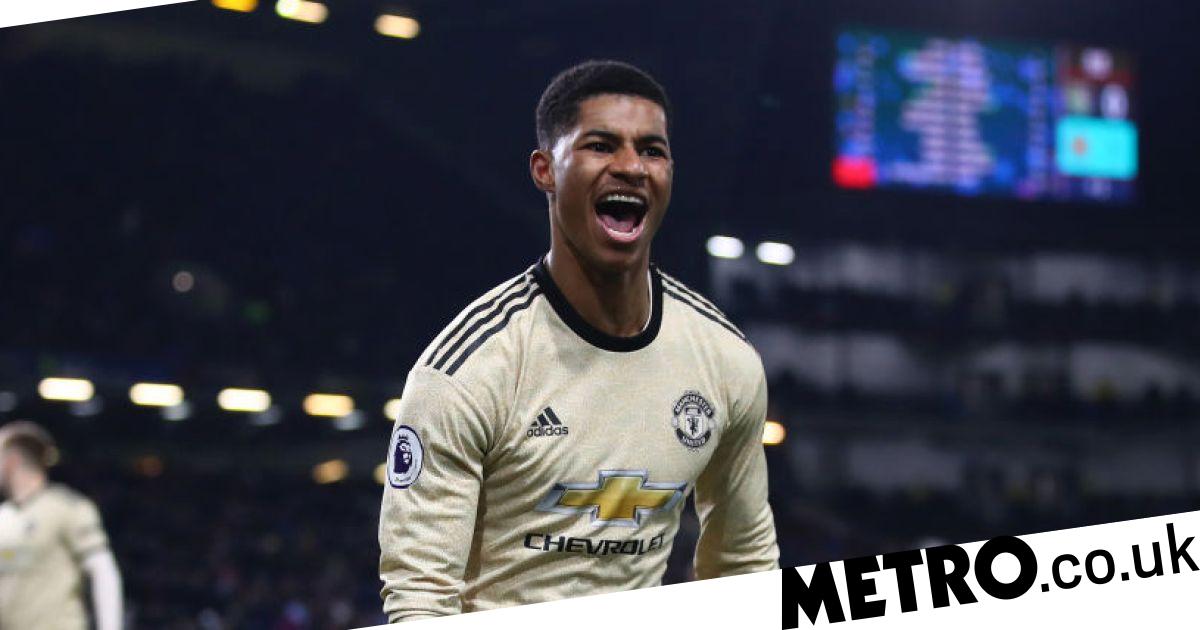 Ole Gunnar Solskjaer has heaped praise on Marcus Rashford as he continued his superb goal-scoring form in Manchester United’s 2-0 win over Burnley on Saturday night.

Rashford netted his 16th goal of the season in all competitions in the Premier League clash at Turf Moor, sealing a victory which took United up to fifth in the table.

It is the England international’s fifth goal in his last six league games and Solskjaer is thrilled with how the youngster is developing into a potent force up front for United.

The Norwegian is keen to remind people that Rashford is just 22-years-old, but has already developed into a leader at Old Trafford.

‘He’s a kid that you want to help, he’s got everything physically, he’s got the right mentality and attitude and he’s one of our own,’ said Solskjaer of Rashford.

‘He’s just going to be better and better, he’s still only 22 so he’ll grow and he’s got the best years ahead of him.

‘This season he’s been a leader, he’s really shown his maturity.’

Although we are not even into January, this has already been Rashford’s best goal-scoring season in the Premier League, with 12 so far already outstripping his best haul of 10.

The Red Devils are starting to find some consistency this season, with just one defeat in their last nine Premier League contests and much of that has been thanks to the consistency in front of goal of Rashford and Anthony Martial.

The Frenchman has also found his shooting boots of late, netting five times in his last seven matches, including scoring the opener against Burnley.

Between them Rashford and Martial have scored 19 of the 32 goals United have managed in the Premier League so far this season.

Rashford said of Martial after the win at Burnley: ‘He’s been brilliant today and for a forward there’s nothing better than scoring goals and hopefully he can keep scoring goals, keep the confidence high and we can continue like that until the end of the season.’

They will return to action on New Year’s Day with a trip to the Emirates to take on Arsenal.

MORE: Why Paul Pogba was left out of the Manchester United squad for trip to Burnley