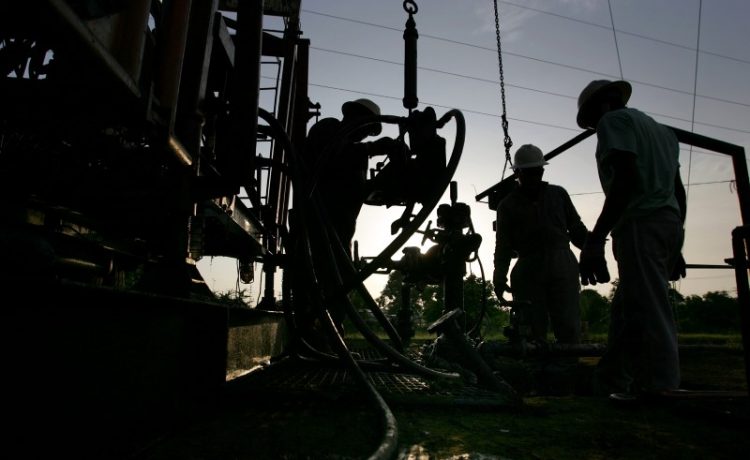 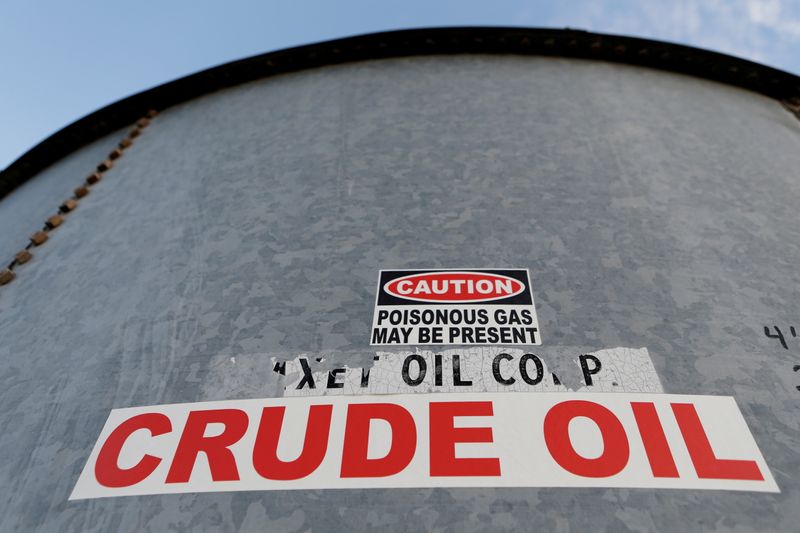 © Reuters. FILE PHOTO: A sticker reads crude oil on the side of a storage tank in the Permian Basin in Mentone, Loving County, Texas, U.S. November 22, 2019. REUTERS/Angus Mordant/File Photo

NEW YORK (Reuters) – Oil slumped more than $5 a barrel on Monday, headed for its worst day since March, after OPEC+ agreed to boost output, stoking fears of a surplus as rising COVID-19 infections in many countries threaten demand.

Crude oil’s year-long surge has been sputtering for most of the last two weeks with the prospect of new supply undermining the case for higher prices. With the Delta variant of the coronavirus spreading worldwide – fuelling a 70% rise in U.S. infections last week – funds bailed out of long positions on Monday. (Graphic on U.S. cases) https://graphics.reuters.com/HEALTH-CORONAVIRUS/USA-TRENDS/dgkvlgkrkpb

It is still unclear how the variant will affect oil demand. U.S. fuel consumption has steadily strengthened in recent weeks, while India has cut back imports due to oversupply and fears of reduced demand.

“The market is very fixated on the potential for the Delta variant exploding,” said Phil Flynn, senior analyst at Price Futures Group in Chicago. “Because of that, we’re getting a run on the bank.”

The Organization of the Petroleum Exporting Countries and their allies, known as OPEC+, reached a compromise on Sunday to increase oil supply from August to cool prices, which had hit their highest level this month in more than two years.

“We still face a significant deficit in terms of supply versus demand, but for now, the additional barrels are seen as enough to deflate and kill the recent rally,” said John Kilduff, a partner at Again Capital in New York.

Major banks have argued the market will continue to rally, with Goldman Sachs (NYSE:) reiterating on Monday that it sees more upside. It said the OPEC agreement was in line with its view that producers “should focus on maintaining a tight physical market all the while guiding for higher future capacity and disincentivising competing investments.”

However, the OPEC deal removes more of the supply curbs that have been a cornerstone of the market for a year. At present, OPEC+ is keeping about 5.8 million crude barrels per day out of the market, a figure that will drop by 2 million bpd by year-end.

A popular spread trade in the oil market – between the first two December futures contracts, December 2021 and December 2022 – narrowed to the smallest since June 1. A narrowing spread indicates that traders expect supplies to rise by the end of 2021.