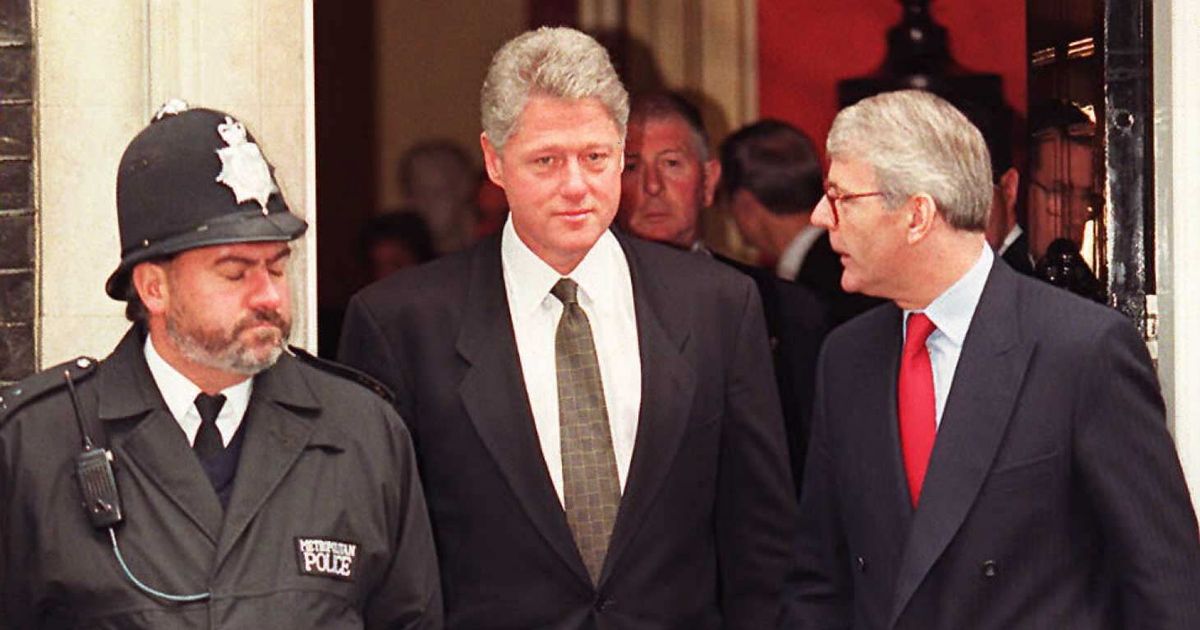 Officials feared the Prime Minister would be forced to hide behind a pot plant to avoid shaking a Sinn Fein leader’s hand, files reveal.

Aides were worried about a chance meeting between PM John Major and Sinn Fein’s Gerry Adams during US President Bill Clinton’s trip to the UK.

The American President visited London and Belfast in November 1995.

Mr Crawford wrote: “Sinn Fein (probably Gerry Adams and others) will almost certainly be invited to the reception.

“We cannot see a way of the Prime Minister avoiding Gerry Adams without reverting to the undignified hiding-behind-the-potted plants scenario, which creates almost as valuable a news story as the first handshake.”

He warned of the “real risk of political damage” if Mr Major was “too closely associated with this part” of Mr Clinton’s visit.

“The unionist community still mistrusts the President, and the nationalist community (particularly Sinn Fein) will be ready to make capital of perceived slights,” he added.

Mr Major told staff he was keen to accompany Mr Clinton on his visit, but appreciated the need to “avoid a handshake with Adams – and at the same time not look as if we were trying to avoid this,” Mr Oakden wrote.

However, the PM later axed plans to travel to Belfast on the final leg of Mr Clinton’s UK tour.