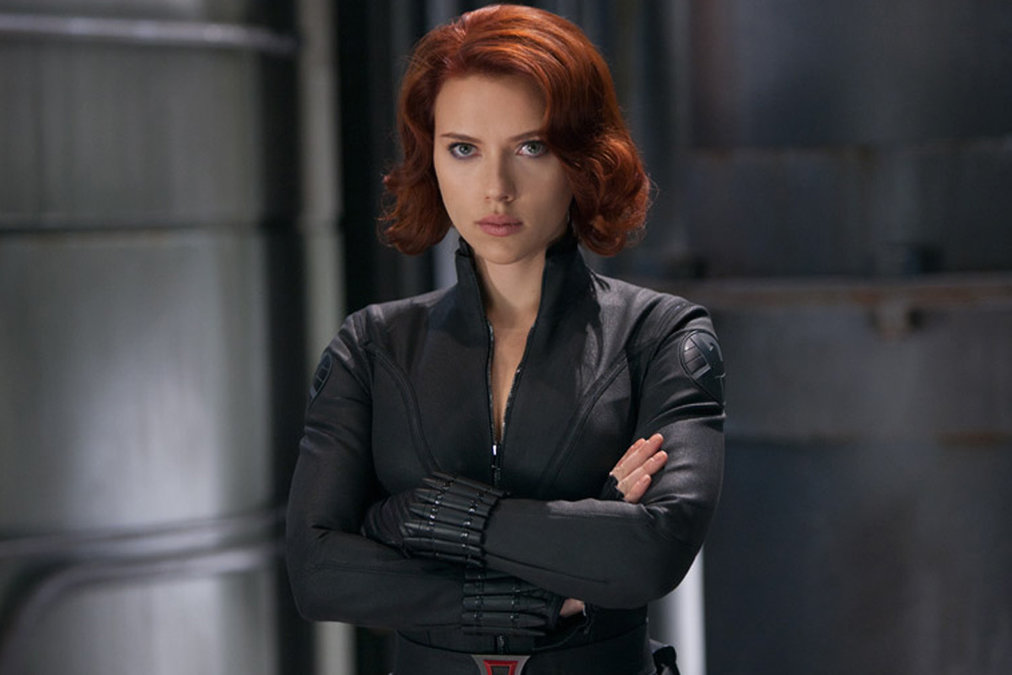 The first official Black Widow poster was revealed at Disney’s D23 Expo over the weekend. This is one of the few legitimate look fans have gotten at Scarlett Johansson, who reprises her role as MCU hero Black Widow for the final time. Fans are also getting their first eyeful of Black Widow supporting stars Florence Pugh, David Harbour, and Rachel Weisz.

Marvel Studios Director of Visual Development & Concept Artist Andy Park posted the official Black Widow poster to Twitter on Sunday. The same poster was revealed over the weekend at D23 alongside posters for upcoming Disney+ Marvel series The Falcon and the Winter Soldier and WandaVision. The poster prominently features Natasha Romanoff, a.k.a. Black Widow (Johansson), in a brand new suit and a new hairstyle. Yelena Belova (Pugh), Red Guardian (Harbour), and Melina Vostokoff (Weisz) are on either side of Natasha. Of particular note is Harbour’s Red Guardian, who is almost identical to his comics counterpart with the exception of his beard.

BLACK WIDOW!!! Official D23 poster I had the honor of painting. She’s very near & dear to me since it’s the gazillionth time I’ve concept designed/painted her. What a cast & crew! #BlackWidow @MarvelStudios #ScarlettJohansson @Florence_Pugh @DavidKHarbour #RachelWeisz @DisneyD23 pic.twitter.com/fxMOI4fJ5R

There are additional goodies on the poster, too. Behind Yelena on the left-hand side are additional Black Widow agents. Natasha, Yelena, and Melina have all been cycled through the Black Widow program and, as such, are each other’s match in terms of skill and ability — but they’re not the only assassins of their kind. It was confirmed by Weisz at San Diego Comic-Con 2019 during an interview with IGN that additional Black Widows would appear in the movie, which this poster now seems to confirm. It also looks like the movie’s villain, Taskmaster, is looming above Natasha’s head. It’s unclear which actor is playing Taskmaster and will surely be a huge part of the film’s story.

Black Widow is the first feature film to kick off Phase 4 of the MCU. The film will be directed by Cate Shortland (Lore, Somersault). Shortland is one of a growing number of female directors hired for Phase 4 films and Marvel/Disney+ projects in addition to Chloe Zhao for Eternals and Kate Herron for Loki.