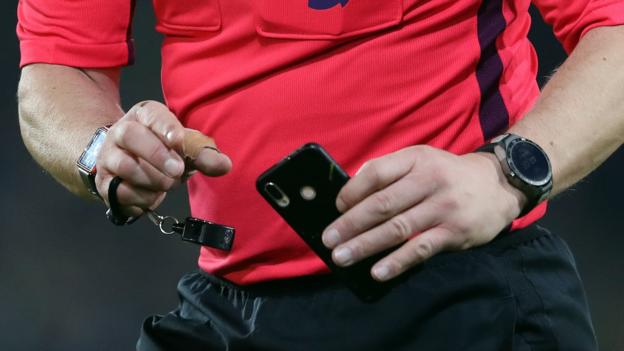 A Norwich supporter has been arrested and banned from Carrow Road for three years after throwing a mobile phone on to the pitch.

The incident reportedly happened after Canaries striker Teemu Pukki had a goal ruled out for offside by the video assistant referee (VAR) during Saturday’s 2-2 draw with Tottenham.

The fan was identified and arrested at half-time.

Norfolk Police are continuing to investigate the incident.