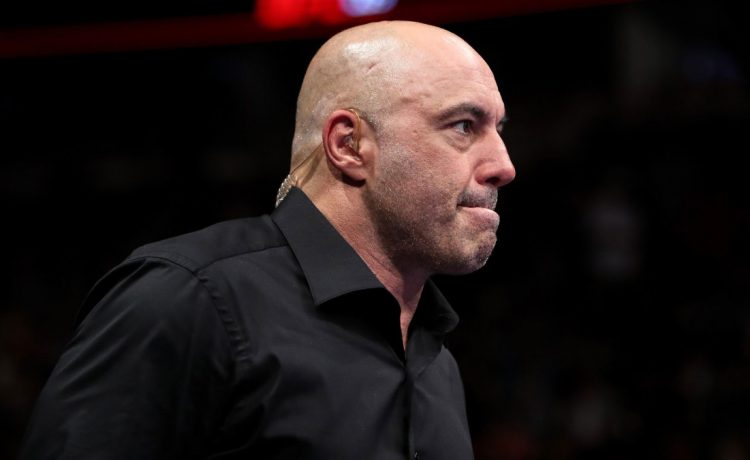 On Sunday evening, Ninja responded to recent comments Joe Rogan made on the subject of video games with…comments of his own. The thoughts expressed by the world’s top paid gamer came (no real surprise) in defense of gaming, which he argued was a worthy hobby to put time into, and is a viable industry for some people who’d like to build a career off it. Speaking calmly in a video posted to social media, Ninja attempted to understand where Rogan was coming from, after the comedian/host made an argument that playing video games generally doesn’t lead the person playing them anywhere, and even said he’d like to be on Rogan’s pod to discuss the issue further.

After saying that he believes Rogan was referencing the rare gamer who can make a lucrative career as a player, he shared that he didn’t believe Rogan was fully aware of the other “avenues” to a career that are available through the medium.

“There’s streaming, content creation, YouTube, being a professional player, being a fricking coach,” Ninja rattled off. “You can be incredibly understanding of the game and not have the physical capacity to be able to get pentakills every single game. That doesn’t mean there’s not a job for you, right? That doesn’t mean there’s not a place for you in the gaming community (…) especially when coaches are being valued more and more.”

For very necessary background, during the latest Joe Rogan Experience episode, uploaded on Friday, the host for whom that show is named challenged what I would assume is a decent chunk of his audience by stating that he has a “big problem” with video games. As he sees it, the issue is that gaming doesn’t help one develop as a person. To some (me) there may seem to be some irony in that one of the best times to listen to a podcast is when you’re playing said games, but here is Rogan explaining where he’s coming from to his guest, author and Spartan founder Joe De Sena:

“Video games are a real problem,” Rogan said. “They’re a real problem. You know why? Because they’re fucking fun. You do them, and they’re real exciting, but you don’t get anywhere.”

From there, he used Jujitsu as an example of an activity that you can perfect and then make a career out of. He contrasted this with gaming, which he said you can do and then three years later you’re still doing it without any real growth as a human. As pointed out by the site Dexerto, gaming is a topic that frequently comes up on the show, and Rogan himself has logged lots of hours on the activity in his leisure time, so he’s not coming at the subject from a place of condescension (as so many have in the past).

Adding further context to Rogan’s comments, Dexerto writes that he conceded that the medium he used to get to where he is (stand-up comedy) is also a very difficult thing to make a career out of. But he still doesn’t think that gaming is a great use of one’s time.

“There are kids that make a lot of fucking money playing video games,” Rogan added. “But you have to be adaptable, you have to able to play multiple video games. Because the one game you get really good at, what are the odds it’ll be around in five years time?”

READ  NHL video games at this time: Full TV schedule for the 2020 season restart on Saturday, Sunday - The Shepherd of the Hills Gazette

After we published, Ninja added to his previous comments by saying that he knows Rogan’s really into video games, and that he’s pretty well informed on the subject of professional competition. He said that he just thinks things have changed a lot in the past few years, and that he’d love to delve into that with Rogan on the pod:

As for non-Ninja people, read what they had to say below, including tweets from O’Shea Jackson Jr., whose initial tweet prompted Ninja’s latest response.