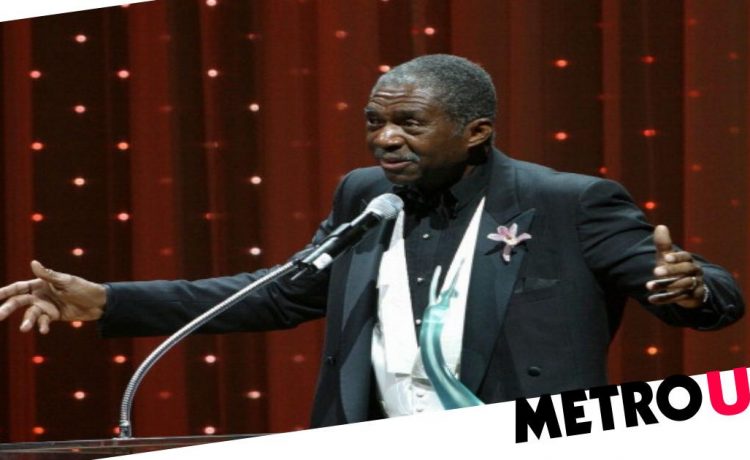 His widow Dolorita Noonan-Robinson said: ‘Once referred to by Martin Landau as “the greatest, underestimated actor in Hollywood,” Charles Robinson was the love of my life, husband, father, grandfather and great grandfather.

‘He was truly the working actor’s actor, and of all his passions, his craft took centre stage, with his family being the wind beneath his wings, so he could soar to unbelievable heights! On behalf of my husband and family, I thank you for being part of the audience.’

His reps at Artists & Representatives also said in a tribute: ‘We are heartbroken by the loss of our dear friend and longtime client, Charlie Robinson. Charlie was an inspiration to all who knew him. His beautiful spirit defined his life and guided his prolific artistic journey. Our hearts go out to his loved ones in their time of grief.’

Robinson was best known for his role as court clerk Mac Robinson in the sitcom Night Court, which ran from 1984 until 1992; he played Robinson on the series for all its nine seasons.

The primetime hit came after Robinson’s role in the 1980s sitcom Buffalo Bill.

He played makeup artist Newdell opposite Dabney Coleman’s talk show host on the Emmy nominated show, which ran for two seasons before it was cancelled in 1984.

He also recurred on Home Improvement, Hart of Dixie and Mom, and starred on many TV shows including 30 Rock, How I Met Your Mother, Grey’s Anatomy, Charmed and This Us Us, while he appeared in last year’s Freeform series Love in the Time of Corona.

Robinson had over 125 screen credits to his name throughout his five-decade long career.

Robinson was also an accomplished stage actor, and won an Ovation Award for best actor for playing Troy in Fences, as well as an NAACP Theatre Award for playing Simon in The Whipping Man.

The actor is survived by his wife Dolorita, his children Luca, Charlie, Christian and Byron, and his grandchildren and great-grandchildren.

His family have asked for privacy while they plan Robinson’s funeral.