NHS heroes promised 100,000 virus checks per day – but not until end of April 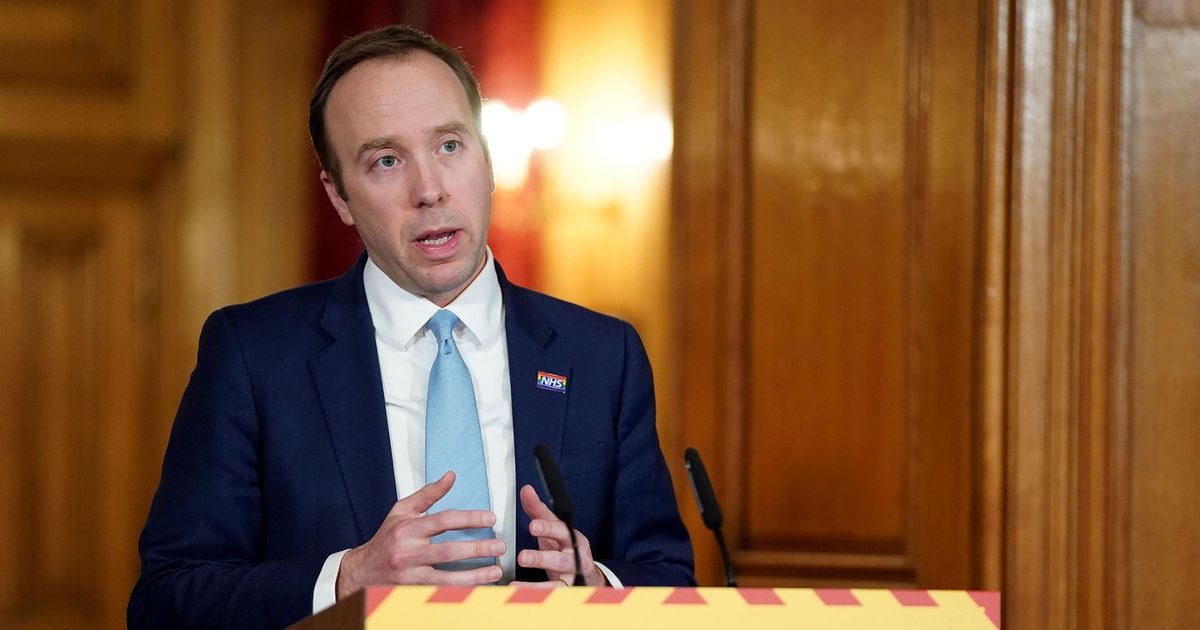 Matt Hancock finally announced a boost in testing for coronavirus, amid fierce criticism for delays over the vital checks that may have cost lives.

As millions of Brits last night once again stood on doorsteps to applaud NHS staff and carers, the Health Secretary pledged 100,000 more tests – but admitted that figure will not be reached until the end of the month.

Just 5,000 frontline NHS workers have so far been checked, sparking fury among those putting their lives on the line to battle the killer virus.

As the UK death toll climbed to 2,921 yesterday – up 569 on the previous day – Jeremy Corbyn said: “The fact that we are not yet even testing 10,000 people a day is very serious indeed.

“There are almost half a million people working in the NHS and the care sector. Even they have not yet been tested. It is ludicrous. We have got to get on top of testing.” Shadow Health Secretary Jon Ashworth added: “A commitment to 100,000 tests a day by the end of the month is welcome but NHS staff will recall that only a few weeks ago Boris Johnson was promising 250,000 a day.

Follow all the latest coronavirus updates on our live blog here

“We look forward to seeing the details of how this ­commitment will be delivered especially for NHS and care staff for which is now a pressing and urgent priority.

Acting Lib Dem leader Sir Ed Davey said: “The Government must set out exactly when every NHS and social worker will be tested.”

Mr Hancock insisted NHS staff who “need tests” will be able to get them “before the end of the month”. Pledging it was “a firm commitment”.

Making his first public appearance since a week-long ­self-isolation with the disease, Mr Hancock also wrote off £13.4billion of NHS debt.

He blamed the lack of a UK ­diagnostics industry for the small number carried out so far. The Government also bowed to pressure to let ­universities and private firms carry out testing – revealing Amazon and Boots were helping with a dedicated lab. But some labs, including those at Oxford and Nottingham universities claim their offer of help with testing was ignored.

The Francis Crick Institute in London offered 110 lab staff a ­fortnight ago and was only belatedly being taken up on the offer.

Chief executive Sir Paul Nurse said its research lab could carry out 500 tests daily by next week, rising to 2,000. He added: “A metaphor here is Dunkirk, we are a lot of little boats and the little boats can be effective.”

Cancer Research UK laboratories will provide “vital testing kit and skills”. Ten new devices that can ­diagnose Covid-19 in less than 90 minutes are being deployed at ­Addenbrooke’s Hospital, Cambridge.

* No10 confirmed Britain’s lockdown would not be reviewed before Easter.

* Mr Hancock called on Premier League footballers to “take a pay cut” to play their part in the national effort to tackle coronavirus.

* He also revealed the Government is planning a “passport” for people who have had the disease and are immune, which would allow them to work.

The 100,000 tests include antigen swabs to see if someone has had Covid-19 and antibody blood checks to confirm if they have had it and developed immunity.

Professor John Newton, of Manchester University, said: “The initial priority is for the swab tests, because that will allow the NHS to manage critically ill patients to the best they possibly can and also to allow NHS staff and other key workers to come back to work when they can.

“The antibody tests are ideally done 28 days after an infection.” Speaking at the daily Downing Street briefing, Mr Hancock said: “I understand why NHS staff want tests, so they can get back to the front line.

“But I took the decision that the first priority has to be the patients for whom the results of a test could be the difference in treatment that is the difference between life and death.”

READ  ‘Get on with it!’ Next PM told post-Brexit US trade deal is No1 priority – poll

NHS staff trying to get tested at makeshift centres in Chessington, Surrey, and Wembley, told of the chaos as people were turned away for not having ID or appointments.

One, Louise Knight, wrote: “Off I drive to be tested. Only to be turned away as I had no appointment.”

Another at Wembley said: ­“Apparently I need a referral from my NHS trust. No contact details.

“In a space of five minutes eight staff were turned back.” Last night’s applause also honoured teachers, cleaners, supermarket workers and delivery drivers who are helping to keep the country running.

Rows of graves were being prepared by a mechanical digger at Sixmile Cemetery in Co Antrim yesterday.

The number of coronavirus cases across the world topped one million.

Boris Johnson was due to leave ­s­elf-isolation today but was still suffering mild symptoms, No10 said.