Neymar has struggled since Pochettino took over at Paris Saint-Germain, with his performance against Manchester City in the Champions League on Wednesday only highlighting those issues 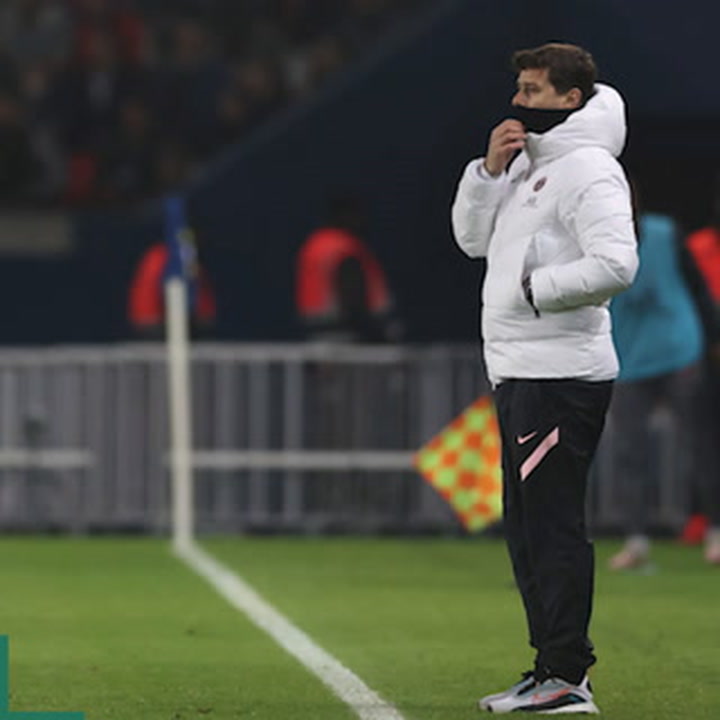 The struggles of Brazilian superstar Neymar at Paris Saint-Germain have laid bare Mauricio Pochettino’s desire to swap the French giants for Manchester United.

The manager’s job at Old Trafford is currently vacant after the sacking of Ole Gunnar Solskjaer, with Pochettino one of the favourites to replace the Norwegian in the long-term.

Pochettino is currently in charge at PSG, but is struggling under the weight of the responsibility of managing three superstars in Neymar, Lionel Messi and Kylian Mbappe.

Those struggles were clear for all to see on Wednesday, when Pochettino’s men travelled to Manchester City in the fifth game of this season’s Champions League group stages.

The Ligue 1 side were dominated at the Etihad Stadium, with the 2-1 scoreline far from representative of how hard PSG found it against Pep Guardiola’s men.

For much of the match PSG were unable to get out of their own half, while Pochettino’s men were also forced to defend with three less players as Messi, Neymar and Mbappe stayed on the halfway line.

Messi created the chance for Mbappe to put PSG ahead, with the duo also looking the most threatening visiting players to score.

But Neymar’s performance was severely underwhelming, with the Brazilian now having gone seven successive Champions League games without a goal or an assist.

That is the worst run of his career in the tournament, which he has previously won with Barcelona.

He failed to have a shot on target at the Etihad and also lost three of his duels, with the City defence keeping him largely quiet.

His superstar status means that Pochettino cannot drop him if he is fit, despite the fact that doing so may enable PSG to win games such as this.

PSG are now set to finish second in their group, handing them a tougher draw in the last 16, with Neymar set to keep his place in the side for those knockout stages.

Pochettino is virtually in a straight-jacket then, a huge insight into why he wants to leave the Parc des Princes.

And that situation has been spotted by former Champions League winner Jamie Carragher, who encouraged Pochettino to leave PSG as soon as possible.

“Pochettino has got to get out of that club. If he’s got the chance to go to Manchester United… I’d be gone tomorrow,” he told CBS Sports.

“I honestly would and it’s because of those three stars (Lionel Messi, Kylian Mbappe and Neymar). I just don’t believe teams can carry anybody now.

“Let’s say the four teams who I think one of them will win the Champions League – Man City, Liverpool, Chelsea or Bayern Munich – they do not carry one passenger in the team.

Former Barcelona star Thierry Henry agreed with Carragher’s assessment, insisting that the tactics Pochettino is forced to employ stands no chance of leading PSG to the Champions League.

“If you want to win the Champions League, you cannot defend with seven players,” Henry said.

“It is impossible, I don’t care who you are. Team that win titles – and the Champions League even more so – have their front-three facing the ball.

“But right now they’re too exposed. Teams in France cannot expose them, but Man City can. Pochettino is not allowed to be Pochettino at times with that team.

“How do you take (Messi, Mbappe or Neymar) off?”