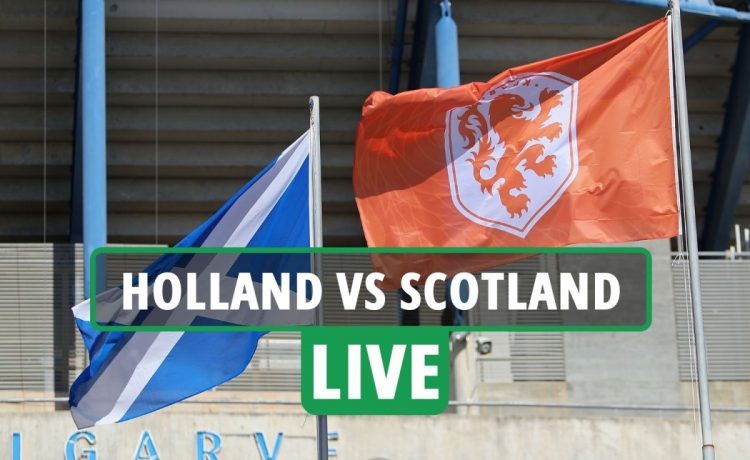 Hello and welcome along to SunSport’s live coverage from tonight’s friendly between The Netherlands and Scotland in Portugal.

The squad have had a week to prepare in Spain as the 26 players get accustomed to life for the next (hopefully) six weeks.

And part of those preparations will be on show tonight as they take on the Dutch.

But Clarke’s plans have been rocked in the past 24 hours with news that John Fleck tested positive for Covid-19.

Then SunSport brought you the news that SIX players had been deemed ‘in his vicinity’ and would also therefore be left in Spain and not board the flight to Faro for tonight’s game.

The bombshell decision was taken after Scotland medics did a risk assessment on the back of Fleck’s diagnosis.

None of the six players have tested positive for Covid -19 and aren’t considered definite close contacts.

But one man’s disappoint is another man’s opportunity, with a few of the squad now set for some unexpected game time as they look to stake a claim.

We will get our first look at what Clarke has up his sleeve for the tournament.

It all gets underway at 7:45pm, with team news on the way.

READ  Man Utd wonderkid Hannibal Mejbri 'taking the p***' out of his team-mates in training
Share on FacebookShare on TwitterShare on PinterestShare on Reddit
newsgrooveJune 2, 2021