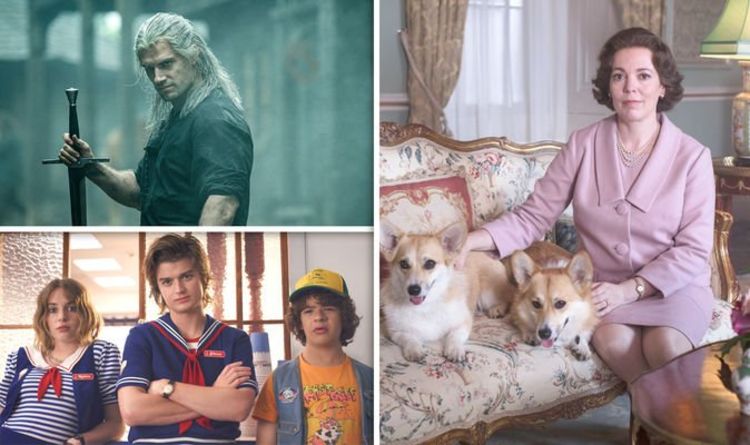 Netflix has faced many challenges in 2019 with the launch of several new streaming platforms including Disney+, Apple TV+ and BritBox. Next year, there will be even more contenders entering the streaming game with HBO Max trying to get a slice of the pie from Netflix. More streamers are in the works, so it’s only a matter of time before the television online industry becomes even more crowded.

This year marked a shift for Netflix which has now become more brutal in cutting shows which aren’t working and moving on with new content.

The service is trying to tap into existing fanbases as well as producing new compelling TV shows.

With the advent of 2020, Express.co.uk has put together a full list of Netflix releases for this year.

The list is comprised of shows which Netflix has recommissioned and will be updated regularly as Netflix announces new shows and release dates.

There will also be popular TV shows which Netflix airs in the UK on this list.

Netflix 2020 will see some big shows coming out (Image: NETFLIX)

The Witcher season 2 got recommissioned before the first series aired (Image: NETFLIX)

New police procedural Messiah will be kicking off the new year on Netflix starring Michelle Monaghan as a CIA agent trying to crack a case involving a man claiming to have supernatural powers.

The ice skating drama with Skins starring Kaya Scodelario will be hitting the platform as a young athlete tries to decide what path to take.

The final season of Anne With An E will be coming early in the new year as fans embark on one last adventure with the mischievous redhead.

Netflix UK airs Starz series Power in Britain and will be showing the final five episodes of the New York drug gangster drama series as fans finally find out who shot Ghost (played by Omari Hardwick).

The NBC comedy with Kristen Bell wraps up as viewers discover if their beloved characters will ever make it to heaven.

The Crown season 4 is expected to be out in late 2020 (Image: NETFLIX)

After debuting in 2019, British comedy-drama Sex Education became a runaway success with its excellent performances and feel-good storylines.

The CW’s Riverdale is shown on Netflix UK the day after airing in America and the new series will be picking up the mystery surrounding the supposed death of Jughead Jones (Cole Sprouse).

The teen witch is back for more magic and fighting demons in the next outing.

Season two dropped on US streaming platform in autumn 2019 and the next series is likely to drop early this year if the release for the first run is anything to go by.

Stranger Things season 4 has been confirmed by Netflix (Image: NETFLIX)

Richard K. Morgan’s cyberpunk extravaganza is going to be back two years after it proved a sci-fi hit on the platform.

Season two will see the US Drug Enforcement Agency (DEA) taking on the Guadalajara Cartel and its boss Félix Gallardo (Diego Luna) after the savage murder of one of its own Kiki Camarena (Michael Peña).

The AMC hit show and a spin-off from Breaking Bad is going to be coming back on Netflix UK with Jimmy McGill (Bob Odenkirk) crossing over to the dark side.

The superhero series is going to be resolving its cliffhanger ending which left fans on tenterhooks.

German sci-fi series Dark is going to be completing its cycle with one final outing as fans find out the truth about Jonas (Louis Hofmann) and if he’s behind the sinister time travelling shenanigans going on.

Tom Ellis drama Lucifer is going to be splitting its final series in half with the first eight instalments of the 16-episode run coming this year.

The gang are going to be back and taking on another heist.

Glow season four will be the last one for the Gorgeous Ladies of Westling as the comedy-drama prepares to bow out.

Sexy Spanish teen drama Elite is going to be returning with a new season and a mystery involving the students at the prestigious private school.

Italian drama Baby also got the green light in 2019 and will fans can expect more from the teen series set in an affluent neighbourhood in Rome.

Season four of The Crown is filming at the moment with the new series expected at the end of the year with Princess Diana (Emma Corrin) and Margaret Thatcher (Gillian Anderson) starring opposite Olivia Colman as Queen Elizabeth II.

Season two was recommissioned by Netflix even before the first series aired, showing the company’s confidence in the show. Expect the adventure of Geralt of Rivia (Henry Cavill) to continue.

Michael Hirst’s Vikings franchise gets a new lease of life in this spin-off series set 100 years after the events of the parent series.

Season four of Stranger Things is expected to be coming out either at the end of 2020 or early 2021 when people will find out the fate of Jim Hopper (David Harbour) and exactly who “the American” is.