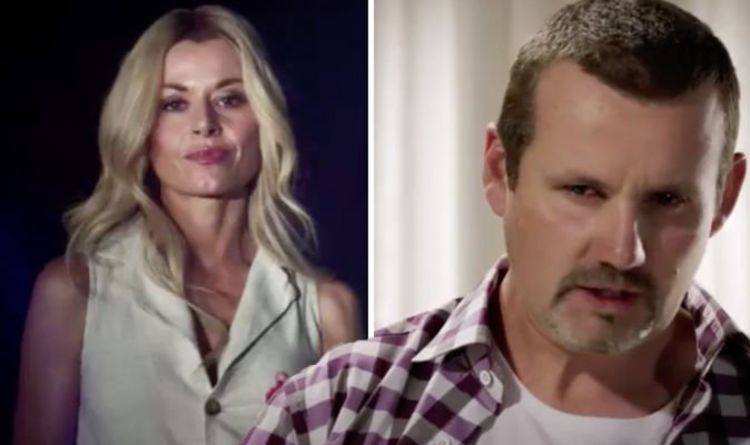 Neighbours viewers have been following the mystery of whether Dee Bliss (played by Madeleine West) is really alive ever since her impersonator, Andrea Somers (Madeleine West) turned up.

Dee supposedly died 16 years ago when she plummeted to her death after her wedding to Toadie Rebecchi (Ryan Moloney).

The pair were driving off into the sunset for their honeymoon when their car drove off a cliff.

Dee’s body was never found and so she was presumed to be dead until Andrea turned up pretending to be the real Dee.

Now the pair are set to come face to face as viewers find out once and for all if Dee really did survive the crash.

Last year Andrea returned to Ramsay Street and convinced Toadie that she had suffered amnesia and had only started to remember who she really was.

However Andrea was trying to scam Toadie and was eventually exposed as an imposter after months of deception.

But before her true identity was revealed Toadie and Andrea shared an intimate night resulting in her falling pregnant with their son Hugo.

Just over a year after she returned Andrea suffered a breakdown and ended up in a psychiatric hospital.

Despite her lies, when she returned once more to reveal the real Dee was actually alive, Toadie decided to believe her.

The pair traveled Australia together to find the real Dee but they failed.

However this week viewers saw Andrea track down a woman living as Karen who she suspected was Dee.

Karen agrees to meet Andrea at a cliff top alone leading to a tense showdown as the pair meet for the first time.

Will the real Dee take her revenge on Andrea for impersonating her life?

Or will Andrea silence Dee so she can return and become a family with Toadie and their son Hugo?

Meanwhile Neighbours star Madeleine has spoken out on the storyline in an exclusive interview with Express.co.uk.

She said: “I don’t think the producers, or the writers did [know the plot] either, but Andrea certainly had some traction.

“Of course, the Dee mystery had never been answered so, there we had a 16-year mystery burning away in the background and not a lot of shows have the longevity to accommodate a 16-year mystery so if you can, it’s an amazing thing.”

Dee arrived on Ramsay Street in 2000 and settled down with Toadie.

However now she has met the woman who impersonated her will she decide to return to her former home?