Naya Rivera has been laid to rest two weeks after her death.

The Glee star died earlier this month, after going missing at Lake Piru in California during a boating day with her four-year-old son Josey.

A search and recovery operation led to Naya’s body being found five days after she first went missing, with the actress confirmed dead on July 13.

It’s since been revealed that Naya, who was best known for playing Santana Lopez on the Fox series, was laid to rest two weeks after her body was found, with the actress being buried at Hollywood Hills cemetery Forest Lawn Memorial Park.

In a copy of her death certificate obtained by People, it confirms Naya’s cause of death as accidental drowning and states the mum-of-one died ‘within minutes’.

The certificate notes that there were no other significant conditions contributing to Naya’s death.

The star was laid to rest on Friday at the same memorial park in Los Angeles, where a number of other stars are buried including rapper Nipsey Hussle who died last year and Fast and Furious star Paul Walker.

Britney Murphy, Carrie Fisher and Bette Davis are also among the famous faces laid to rest there.

Naya is survived by her son Josey, who she shares with ex-husband Ryan Dorsey. They had tied the knot in 2014 and were married for four years, before splitting in 2018.

Ryan had joined Naya’s family at the lake while the search for her was underway, with sources later claiming he ‘can’t imagine’ raising his son without her.

Following news of Naya’s death, her family released a statement that read: ‘We are so grateful for the outpouring of love and prayers for Naya, Josey and our family over the past week.

‘While we grieve the loss of our beautiful legend, we are blessed to honor her everlasting legacy and magnetic spirit. Naya was an amazing talent, but was an even greater person, mother, daughter and sister.

‘Heaven gained our sassy angel. We kindly request that our privacy be respected during this very difficult time.’

Naya’s former co-stars who appeared alongside her on Glee also paid tribute, with many of the cast and the show’s creators Ryan Murphy and Brad Falchuk announcing plans to create a college fund for her son Josey.

Sharing their heartbreak, they said: ‘We are heartbroken over the loss of our friend Naya Rivera… Our hearts go out to her family, especially her mom, Yolanda, who was a big part of the Glee family and her son Josey.

‘Naya was more than just an actor on our show- she was our friend.’

MORE: The Vamps’ James McVey reschedules wedding due to coronavirus

READ  Joe Lycett: Changing my name to Hugo Boss has been a headache
Share on FacebookShare on TwitterShare on PinterestShare on Reddit
newsgrooveJuly 30, 2020 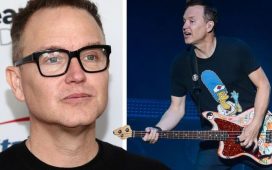 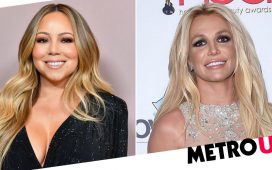 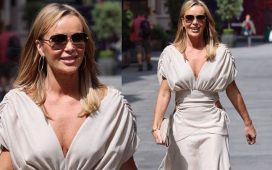 Amanda Holden, 50, turns heads as she appears braless in cut out white dress 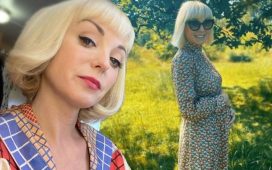 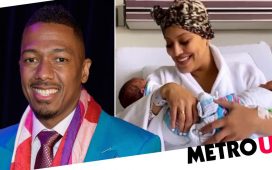 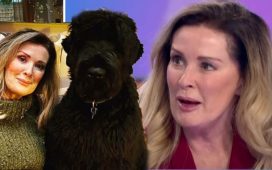