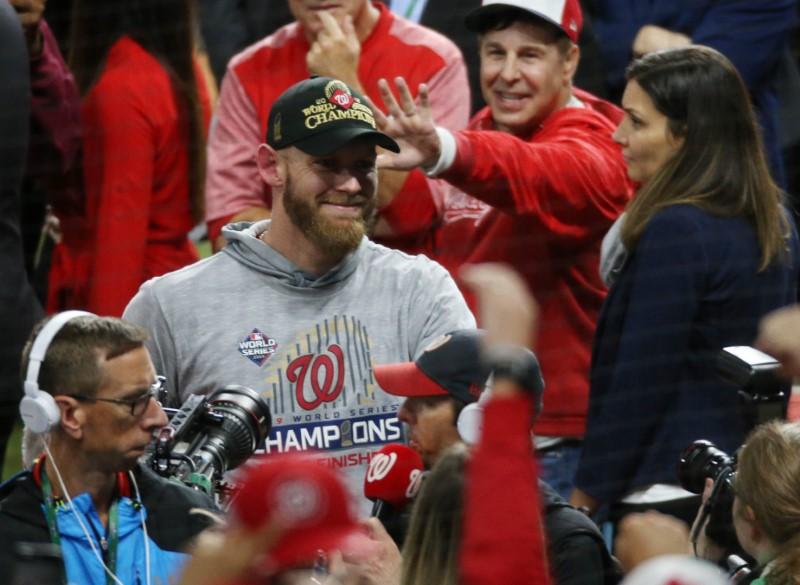 (Reuters) – Washington Nationals starting pitcher Stephen Strasburg was named the Most Valuable Player of the World Series on Wednesday after helping his team capture their maiden Major League Baseball championship.

Strasburg earned wins in each of his two World Series starts versus the Houston Astros during which he gave up a combined four runs over 14-1/3 innings. He won five of his six appearances in the postseason and did not suffer a defeat.

The World Series title and MVP award tasted all the sweeter to the 31-year-old right-hander after the injury troubles he has endured over the years.

“Through all the adversity I think I’ve learned a lot about myself,” Strasburg told reporters. “When you have the ups and downs, I think you can learn just as much from the downs as you can the ups.

“And I think everything happens for a reason. I think I’ve really just become a stronger pitcher through all the adversity that I’ve had to go through.”

The No. 1 overall pick in the 2009 draft, Strasburg’s rookie season ended due to elbow surgery.

In 2012, as a precautionary move to prevent a recurrence of his elbow injury, the Nationals decided to limit the number of innings he pitched, shutting him down ahead of the postseason.

He watched from the sidelines as the Nationals lost the NLDS to St Louis.

Strasburg said he tries not to think about the “what ifs?”

And after a season in which he earned career highs in wins (18) and strikeouts (251) before becoming the first pitcher to go 5-0 in a postseason, there is little point in doing so.

“I think I’ve really learned that if I focus on the things that I can control – the one thing that you can control is your approach and how you handle your business,” he said.