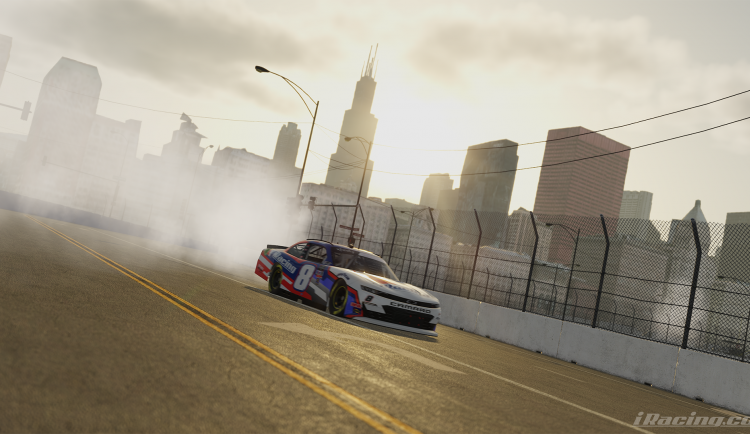 NASCAR has set up a virtual iRacing event on the streets of Chicago, the latest indication that the sanctioning body wants to eventually run a real-life race in the heart of the Windy City.

The sanctioning body announced on Wednesday that it worked with iRacing, the City of Chicago, the Chicago Sports Commission and the Specialized Marketing Group to have certain streets scanned by iRacing’s proprietary technology. The tech allows the company, which is owned by John Henry, to turn real-life roads or courses into exact virtual replicas that are used on the sim racing platform.

In this case, NASCAR will place the event as the fifth and final Pro Invitational Series race that will air this season on FS1, with it set to air June 2. The 2.2-mile virtual course will run past the city’s iconic skyline, Lake Shore Drive and around Buckingham Fountain and Grant Park.

NASCAR got Chicago Mayor Lori Lightfoot to comment on the move, showing the seriousness of the venture. SBJ first reported in February of last year that NASCAR had discussions with Soldier Field and the L.A. Coliseum about possibly running a real-life race around their venues, and the iRacing experiment appears to suggest that NASCAR is getting closer to making such a city street event happen.

NASCAR has never run a Cup Series race on a street circuit in its 73-year history. NASCAR stopped running at its Chicagoland Speedway in nearby Joliet, Ill., this season, so that market is currently without a race.

Lightfoot, in the prepared statement, wrote that she is “thrilled to work with NASCAR and iRacing to showcase our great city to NASCAR fans who will be watching this cutting-edge event from around the country.”

iRacing will eventually make the course available to its customers. The first race of the 2021 Pro Invitational Series starts tonight on FS1 from the virtual Bristol dirt track.