How will NASA return samples to Earth from the Mars 2020 mission?

NASA’s Mars 2020 is for the time being planned to last one Mars year or 687 Earth days.

During this time, the six-wheeled robot will collect samples of Martian rock from the planet’s Jezero crater.

Once the rover drills out sample cores, it will pack them into sealed tubes to be left behind in its tracks.

The space agency said: “At a time and place of the team’s choosing, the samples are deposited on the surface of Mars at a spot that the team designates as a ‘sample cache depot’.

Nothing makes a toddler feel better than a cuddle from mum or dad, study shows

For the generation shaped by coronavirus, life may never fully return to ‘normal' | Steven Taylor 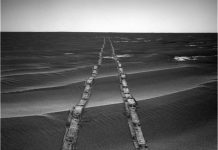 Trump is trying to take control of other planets, Russian space agency says