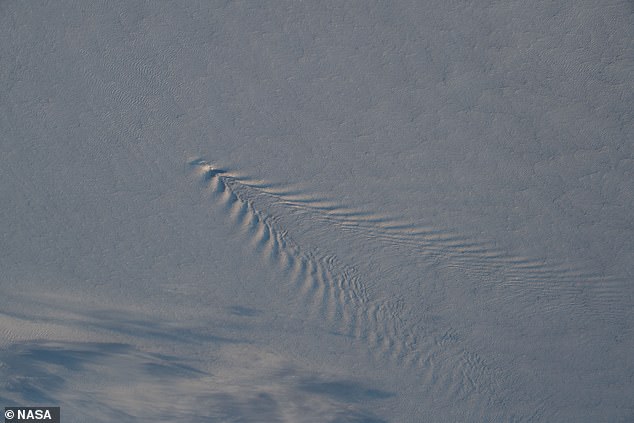 Mysterious ripples in clouds over Antarctica that were photographed from ISS and provoked wild conspiracy theories are caused by ISLANDS, say meteorologists

Meteorologists have shed light on the origin of mysterious ripples in clouds over Antarctica, captured in NASA images from the International Space Station.

Some conspiracy theorists have suggested that the ripples were created by a supersonic UFO or a secret NASA weapons test.

But the UK Met Office says the pictures, which were taken by the ISS on November 3, actually shows the way islands can create ‘wakes’ as they disrupt the flow of air passing over them.

‘It’s the wake of an island called Bouvetøya in the South Atlantic,’ a spokesperson told Mail Online. ‘You can see it on weather satellite imagery from the same day.’

As air passes over the top of an island it can form a wake, similar to the bow wave a ship creates as it moves through the sea as seen here in this image from the ISS

READ  NASA asteroid tracker: An asteroid will skim the Earth TOMORROW at more than 13,800MPH

The effect is a natural phenomenon, similar to the way a ship’s bow creates a V-shaped wave behind it in the water, and is not uncommon, according to NASA.

This same effect can happen with stationary ships when water flows past them.

In this case it was the large body of Bouvetøya (also known as Bouvet Island) that caused air flow going over its top to be pushed to the sides and create a V shape ‘wake’ in the clouds. 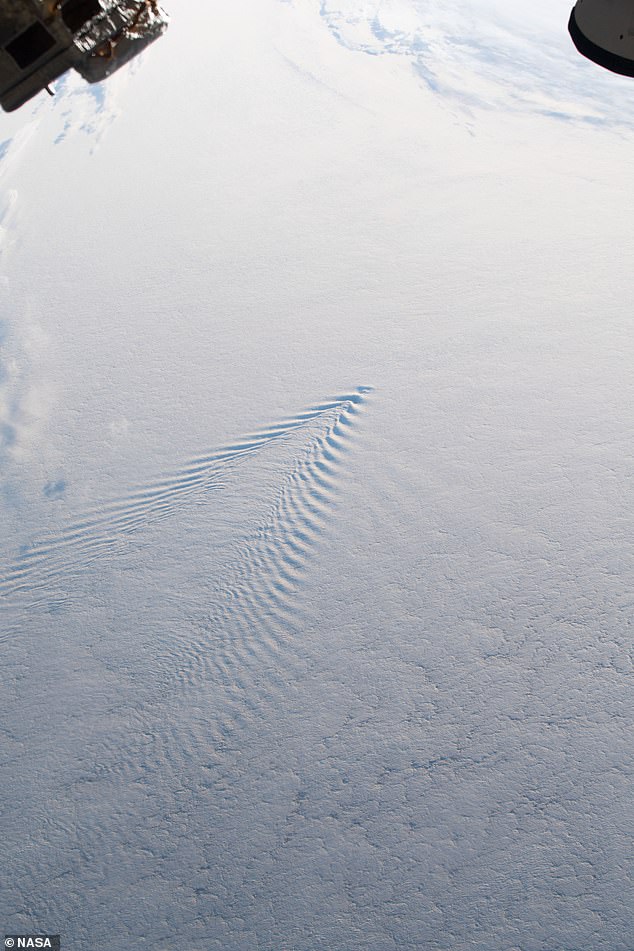 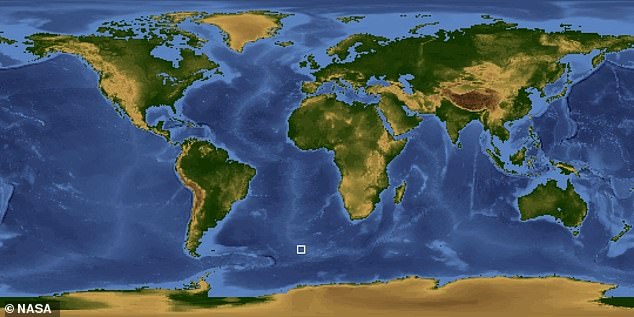 Bouvet is the most remote island in the world. The uninhabited location is owned by Norway and is about 1,100miles off the coast of Antarctica.

The V shaped pattern can also be seen on satellite imagery from the same day.

The same wave effect was spotted in the same location by weather satellites on the same day. The island is highlighted at the top of the wave in this image

A similar phenomenon was captured by a NASA satellite in 2009 over the South Sandwich Islands.

At the time NASA said: ‘The islands disturb the smooth flow of air, creating waves that ripple through the atmosphere downwind of the obstacles.

‘The cloudy-clear pattern that is produced highlights the location of wave crests and troughs. The moist, cloudy air over the ocean is often capped by a layer of dry air.

‘When the wave ripples through the atmosphere downwind of the islands, clouds form (or persist) at the crests of the waves because air cools as it rises, and water vapor condenses into cloud droplets.’ 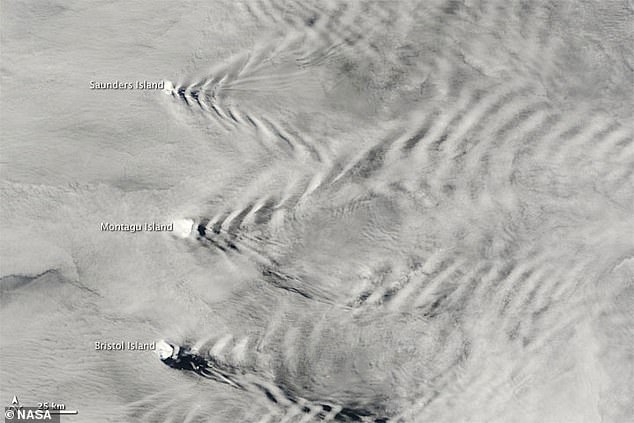 In 2009 NASA’s Terra satellite captured the same effect over the South Sandwich Islands of Saunders, Montagu and Bristol seen in this image

Conspiracy theorist Blake Cousins, who runs the Third Phase of Moon YouTube channel, had questioned whether the ripples were caused by a new ‘sonic weapon’ being tested by NASA.

‘What we are looking at, I think, is new space technology or information of technology being showcased by NASA,’ he said in the a video. ‘They can’t hide it.’

He suggested that NASA had the International Space Station fly over the top at this exact moment to ensure it ‘captured their experiment’ in high resolution. 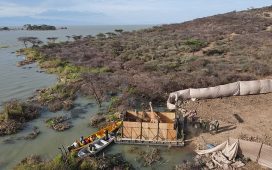 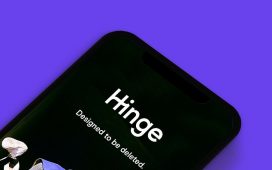 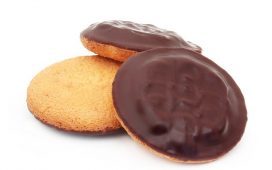