My mum guilt hits even harder during the pandemic 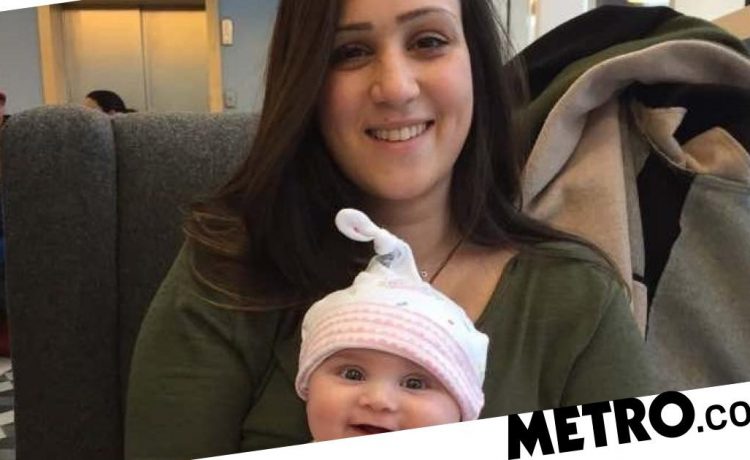 They say when you have a baby, you give birth to guilt. Never has this been truer than during the pandemic.

Lockdown after lockdown, women are carrying the lion’s share of childcare, housework and cooking. Sure, chaps are at home and dads are helping out but my God, it’s the women carrying us through, isn’t it?

I’m really lucky that my husband is so proactive and incredible when it comes to childcare, especially as I suffer from chronic pain as a result of severe endometriosis, and often struggle with flares and fatigue.

But while he balances working all hours with the lion’s share of caring for our daughter, the majority of the cooking, cleaning and general life admin invariably falls on me.

I do it willingly: finding the homes we’ve lived in, remembering birthdays and special events, managing finances, keeping everything we need in steady supply (from toilet roll to our favourite shampoos and condiments), buying our daughter’s clothes (and my husband’s), as well as working full time.

Despite often being physically incapacitated with pain, I do more than my fair share – albeit in five or 10 minute bursts, or sitting on a stool, or after taking painkillers and breaks.

So why am I constantly bashing myself with guilt? Buckets of it, raining down on me throughout the day, whenever I make any decision that affects my husband or our family.

My guilt levels have always been in the red. I chastised myself even before we had a family about the impact my pain had on my husband, who often ended up caring for me through flares or after one of my eight surgeries.

Then our daughter came along and that’s when the guilt really weaved itself into my psyche. It’s that mum-guilt that sits in the pit of your stomach and makes you flinch with self-doubt throughout the day. I personally feel guilty about almost everything.

Every mum I know has it. We worry that we aren’t paying enough attention to our kids. We feel guilty about having one eye on the laptop and the other on our work phone. That we’re losing our tempers with our bored, frustrated kids. That we’re failing them, ourselves, our other halves, our employers and clients every day.

Back in 2017, a survey found that 78% of mums feel guilty. It’s an affliction that zaps our self-worth, sends us into a spin on the daily and often comes hand in hand with anxiety. I think most mums felt like this, but during the pandemic it’s ballooned to Titanic proportions, even as our responsibilities at home have grown.

I know mums who feel resentful towards husbands who shut themselves in a room to do their work, while they grapple with home-schooling multiple kids and their full time job.

On the rare occasions I do have time for self-care – a hot bath, or taking the day off work – I can’t enjoy it because I feel guilty about not spending that time with my daughter, who is now back at nursery full-time after spending most of the last year at home while I was shielding.

This guilt is the fuel fanning the flames of my deteriorating mental wellbeing. It has made my anxiety go through the roof and is impacting my motivation to work, my desire to get out of bed and prolonging my pain flares – not to mention that half my hair fell out in a fortnight in January.

A survey released last summer by psychologists at the University of Sussex found that three in four mums saw themselves as the ‘default’ parent during lockdown – that is, the parent who attended to and prioritised their children’s needs.

But why do we feel this guilt? And do men? In my experience, when men see a problem, they simply try to find a solution. I’ve lost track of the times I’ve told my husband, ‘I don’t need a solution, I just need you to listen to me having a whinge!’

A 2010 study by the Spanish Foundation for Science and Technology showed that women experience significantly higher incidences of guilt than men but, interestingly, the researchers thought the problem was actually that men do not feel guilty enough.

While Western society has largely moved on from the 1950s ‘little lady at home’ mindset with many couples now working, the expectation that women should do the housework and child rearing has not shifted as dramatically.

This expectation for a woman to remain a homemaker, alongside being a breadwinner, can lead to burnout in normal times, let alone during a pandemic, where job losses, ill health, social isolation and stress have surged.

I recently asked my husband whether he ever feels guilty and to my surprise, he confessed he does – about me being in pain and still working, and him not doing enough to take the pressure off me, even though he is doing everything and more to care for our family.

But he doesn’t dwell on the emotion when it comes, as he says there’s nothing he can do about it.

When I told him about some of the things that make me feel guilty, he was shocked. Now, when he sees that look fleeting across my face, with the utmost love and care he says: ‘Stop it.’

Maybe I should take a leaf out of his book. Guilt about leaving that mountain of washing, giving my daughter chicken nuggets for tea or picking her up later than her usual time from nursery will come no matter how much I do. But I have to learn to let it wash over me, instead of drowning me.

I’m on the waiting list for therapy, but in the meantime I’m practising mindfulness and telling myself out loud, ‘It’s OK you’re resting’.

I also remember the question my last therapist asked me, to imagine mine and my husband’s roles reversed, with him being in pain instead of me – would I take care of him and pick up the slack so he could rest? And the answer is, of course, yes, and that is a good thing to keep in mind on a daily basis.

My feelings of guilt push me on to ‘do’ when my body simply cannot cope, leaving me to come undone.

But it must end here because I am enough. We are all doing everything we can and more so, for all our sakes, we must let the guilt go.


MORE : Speaking to other women with postpartum psychosis helped get me through it

READ  Mum claims breast milk changed colour after her baby had vaccinations
Share on FacebookShare on TwitterShare on PinterestShare on Reddit
newsgrooveMarch 28, 2021