My dad’s girlfriend is horrible to me, and he never puts me first | Dear Mariella


The dilemma My dad and his girlfriend have been together more than five years – during all of my teens. She started off a nice person and I would see Dad most weekends. But after the honeymoon phase, she put off talking to me and practically ignores me (Dad has even “told her off” about this). She has also done minor things like deface some of my stuff. Last year I broke down to him about it – then he told her and she gaslighted me. I said I wanted him to put his children first for once. He agreed, but hasn’t done anything about the situation and I feel so depressed about it to the point where I keep breaking down about it. My grandma said I should stop being harsh against her because if I push her away, I’ll push Dad away, too (Grandma knows what she has done). I just want someone to take my feelings into account and to do something. I have done what I’ve been advised and explained everything to Dad, but he doesn’t act. I feel like I’m being put last, even though I’m his child.

Mariella replies This is so sad and really unfair. It’s little wonder you’ve been feeling down about it. No child should be made to feel that they need to pander to a parent’s partner in order to be allowed to see them, or be forced to negotiate with a third party for access. The absolute baseline as soon as you’re involved with someone with children is that you don’t get in the way of the relationship they have with their offspring. She has clearly and flagrantly ignored that.

The bottom line is that your relationship with your dad should be a direct route, not one with a border control. Managing to navigate your tricky teens without access to and support from both your parents will have made that tough passage even more turbulent. I’m surprised at your father’s girlfriend’s behaviour, but sadly not shocked. Getting involved with someone who already has children is a huge responsibility and one I don’t think gets taken seriously enough in the early throes of passion.

When you fall in love with someone who is a parent it should be your responsibility to make sure that your needs are never placed above those of their children. Those who successfully negotiate this can often be rewarded with even better relationships with their stepchildren than their birth parents. Certainly, when I was young, I was incredibly grateful, in a toxic environment, to have a stepmother who never took sides and kept a calm exterior and an open ear to me.

But I don’t want to heap all the blame on to your stepmum’s shoulders. It’s your father’s behaviour that we should be scrutinising. It’s his cowardice and inability to live up to his responsibilities that’s left you feeling rejected. Yours is an all-too-common story in a world where adults feel entitled to pursue their personal happiness no matter what the cost to those emotionally dependent on them – invariably children. When two people split up, the ease of access offered by daily presence is lost and it’s up to the adults in the relationship to ensure that such physical absence is compensated for. Yours is a typical story of selfish parenting and I’m sorry that it’s happening during your adolescence – not the easiest of times anyway.

I wish there was an easy answer, but one of the things you discover as you mature is that parents, too, are flawed. They can be weak or selfish; bullies or abusers; they can totally ignore their children’s needs or shower them with ill-advised levels of attention. The bottom line is that parents are just people and we all have to try to rub along with them, even after their inadequacies become clear, but hopefully before they take too heavy an emotional toll on us.

The trouble with answering letters like yours is that they don’t always come with a suitably expansive picture and so practical advice, rather than simply ruminations, can be hard to offer. I’d love to know where your mother-figure is in all this, and whether you don’t mention her because you feel she is removed entirely from the equation. Most likely you are caught in the middle of a turf war and what you’re enduring is the emotional fallout from what’s going on in the relationships of those whose job it is to be responsible for you.

The fact is that the adults you describe are letting you down and your best and a necessary first move is to learn not to rely on them. At your age it’s a premature conclusion to have to reach – many of us don’t see the light until we’re much older – but circumstances dictate that your emotions will be better protected by absenting them from the situation. True liberation comes with independence and you are now on the cusp of being able to claim your own place in the world. What you’ve discovered is that people, no matter how much they love you, have inadequacies and faults. Your dad will doubtless live to regret what’s he’s squandered between the two of you, but your job is to stop worrying about your position in the pecking order and to make a life for yourself that doesn’t rely on his approval. 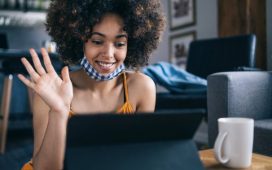 The universe is expanding – but what is it expanding into?