A MUM has issued a warning after her son’s passport was ‘cancelled’ days before they were scheduled to leave for a family trip abroad.

Lucy Thompson said she was left “desperate” for help after her 13-year-old son’s passport application was allegedly cancelled 12 days before their family holiday.

The Bradford mum travelled down to London for an appointment with HM Passport Office to discuss it but was instead made to feel like an “inconvenience”.

Lucy started her son’s application in March when she realised his passport had expired.

They are due to go on a family trip in under two weeks with 12 other family members, including Lucy’s grandad who was diagnosed with cancer and was meant to spend the time away with all his family.

The 32-year-old claims she hadn’t received a response from the Passport Office since completing her son’s application and started calling and sending emails to chase the application at the beginning of May.

She said: “I was told something different every time. My emails and complaints were never responded to, I called over 50 times.

Lucy eventually managed to get a fast track appointment at the London Passport Office, adding: “I’m overwhelmed, I have mobility issues and registered disabled, I struggle with long journeys and walking but will do anything for my son.

“I tried calling the London office before I made the journey to make sure it wouldn’t be a waste of time, I called every day and emailed before I booked hotels but heard nothing.

“I came down to London last night on the train and stayed in a hotel for my appointment at 7.45 this morning for them to tell me that my fast track application has been withdrawn.

“I said I have come form Yorkshire and they just said to me its not that far. I struggle to walk, I walk with a stick, I’m struggling today its a lot for me.”

Lucy claims she was then told the Liverpool branch of the Passport Office was dealing with the application but asked for it to be transferred to London, where she was, and claims to be told they couldn’t.

With 12 days left till they fly, Lucy is devastated that nobody told her the application had been cancelled.

She already paid for the fast track passport and is unsure if she’ll get her money back.

Lucy said: “What am I supposed to do, I’m desperate. The enquiry desk they said they won’t deal with my request until 72 hours before we fly. I have just been sat crying for hours, I feel pathetic.

The 32-year-old contacted her local MP who has begun to help.

“I’m just feeling helpless and desperate. I’ve messaged anyone to help, I cant afford to stay in London any longer and I cant afford another train – I couldn’t really afford this,” she said.

“I will be out of action for a few days because of how much walking I have needed to do here too.

“This is a Government-run establishment where you need to go through security scanners to get to your appointment where I have been made to feel like an inconvenience when they are meant to help. Its disgusting.

“I know people are in the same situation but they are providing a service, taking peoples money but are not helping. I feel at a loss.”

A HM Passport Office spokesperson said: “Since April 2021, we’ve clearly stated that people should allow up to ten weeks when applying for their passport to factor in the increased demand, which has seen 5 people million people delay their passport application due to the pandemic.

“The overwhelming majority of applications are completed within 10 weeks, with the latest figures showing 90percent were completed within 6 weeks. But we cannot compromise security checks and people should apply with plenty of time prior to travelling.” 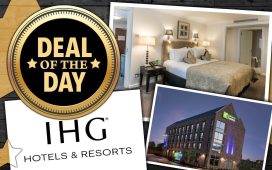 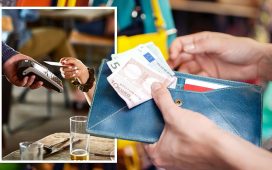