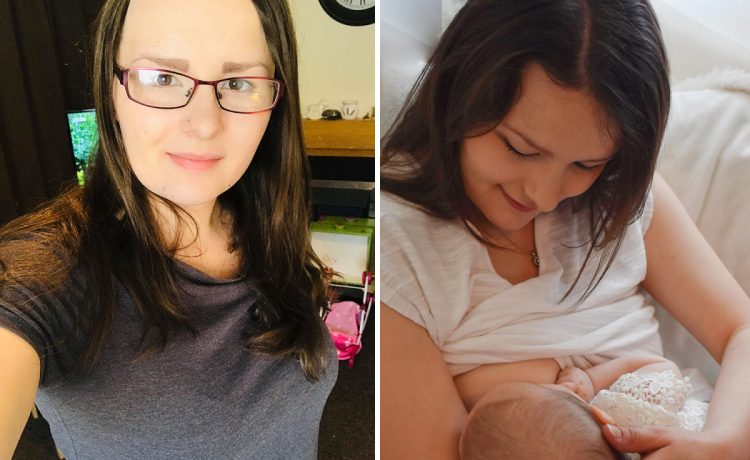 A YOUNG mother claims she was kicked off a bus – because she refused to stop breastfeeding her baby.

Holly Chapman, 28, says she was tending to her hungry 19 week old daughter, Raiya Davis, when the driver told her to stop or get off.

The mum-of-two from Swindon, Wiltshire, claims the driver said ‘you can’t do that on the bus’.

The maternity care assistant says she has since received an apology from Swindon’s Bus Company – but wants to share her upsetting experience in a bid to raise awareness that a mother can, by law, breastfeed her child in public.

Holly, 28, claimed that after being kicked off the public transport that she was forced to feed, standing at the side of the road whilst waiting for another bus.

She said: “My daughter Raiya was crying when we got on the bus so I started to feed her.

“The driver told me I couldn’t do it. I explained she was crying because she was hungry and he said If I was going to carry on then I needed to get off the bus.

“It was such a horrible experience, I was so shocked I didn’t know what to say.”

Holly was so embarrassed by the incident at first she didn’t tell her fiancé, Damien Baker-Davis, 45, what had happened.

She said: “A few days later I was at a café with my sister, Stacey Chapman, 30, and she noticed that I asked the staff permission to breastfeed.

My sister knew that was a strange thing for me to do, and asked me what was going on.

“She was absolutely furious when I told her what had happened on the bus and she encouraged me to make a formal complaint.”

Holly, who volunteers as a breastfeeding supporter and said: “I help new mums and I am upset with myself that I didn’t stand up for myself, but I felt so choked up and humiliated in front of everyone on the bus.

“I have breastfed both my children, and I’m still breastfeeding my eldest child, Gracie, three.

“I tried to brush what happened off, but it impacted me a lot more than I thought.”

Holly now wants to ensure other mums are not treated the same.

She said: “I want to encourage other feeding mums to speak up if you are ever confronted and know that you are doing nothing wrong.

“Breastfeeding in public is OK and you are protected by law to feed your baby whenever they need to be fed.”

Holly said it isn’t the first time has been subjected to abuse in the past.

She added: “I have had strangers say it’s disgusting before but I’ve never been thrown off a bus.”

Holly’s fiancé, Damien Davis, added: “It is clear that breastfeeding is still not seen as natural and that has to change.

“Staff training or education work is obviously needed. It is difficult enough for mums to juggle feeding, naps and getting out the house, without being confronted in this way for doing something natural.

“I am angry that Holly has been treated this way for tending to our hungry daughter.”

Alex Chutter, general manager for Swindon’s bus Company said: “I am very sorry to learn of this customer’s experience.

“Our drivers are highly trained in customer service, and I would like to reassure those who travel with us that incidents like this are extremely rare and completely unacceptable.

“We would never condone this type of behaviour from any of our drivers, I would like to sincerely apologise to Ms Chapman for the experience she has endured.”

June 3: Harmony planet Venus settles in your ‘happy ever after’ sector