A DOTING mum has shared her daughter’s school lunch which she filled with dozens of colourful “Easter eggs”.

The eggs, however, weren’t the chocolate kind and were instead hollow and filled with various snacks including fruit, vegetables, crackers and deli meats.

The Australian mum bought two dozen colourful plastic Easter eggs so she could surprise her six-year-old daughter, but it’s sparked debate online after she shared it on Facebook.

Feeling pretty chuffed with the end result the mum posted a photo of her daughter’s lunchbox filled with the colourful eggs, and another which showed the variety of food inside.

“An Easter themed lunch for my six-year-old for her last day of term tomorrow!” she wrote alongside the snaps.

And said: “I so wish I could watch her face when she opens up her lunchbox!”

But while hundreds applauded the clever mum on the impressive lunch, even calling the idea “genius”, not everyone was convinced.

Many mums accused her of creating the themed lunch for her own benefit, and not for her daughter.

“Let’s be honest it was only done so the mum got credit, nothing to do with kids,” one said.

While another added: “A lot of ‘look at me’ mums on here I see.”

Many more suggested the fun meal could upset the other kids at school – which many mums shut down.

“I think this is just delightful! For those saying that other kids would be upset they don’t have the same, are we not teaching resilience in our little ones?” one person questioned.

Adding: “My kids would come home and talk about the awesome lunch that another super-lucky kid had! They wouldn’t think they should’ve had it too or that they had missed out.

“And others would be going home talking about my kid’s yummy hot cross bun! Swings and round-a-bouts. Great job Mama.”

Another agreed, and defending the fun lunch said : “This would make my daughter smile. She would love this.

“Forget the nasty comments, not your problem if other kids get upset because their mum didn’t do the same.

Sunbeams – Britain’s biggest baby competition is back, with £1000 up for grabs!

BRITAIN’S biggest baby competition is back and we are looking for the King or Queen of the crèche.

The Sun is hunting for Britain’s bonniest baby.

Not only could your child be crowned the cutest baby, there’s also an £1,000 prize up for grabs.

Think your baby has a winning smile? Well, entering couldn’t be easier.

Simply upload a pic – and give us a little info – on our entry form.

Note: you must be a parent or legal guardian of the baby to enter.

We can only accept a photo if you’ve taken it yourself, or have permission to upload it and enter from the person who did.

And the photo must not have been edited or altered with a filter.

Finally, your baby must be aged two or under on 12 April, 2021 – the last day for submissions – and a UK resident.

Our panel of judges will choose 48 finalists from all the entries.

Parents/guardians of the babies selected will be notified by email before 18 April, when the public vote begins, right here on The Sun.

All good? Best of luck

“I have never known a child to be upset over how someone’s lunch is packed. It’s the mothers who need a reality check. I hope your daughter enjoys her day at school.”

Despite some criticism, however, the fun and festive alternative to chocolate eggs won the praise of many.

“Hands down the coolest mum move out there! Stealing this!” one mum raved.

“This would make my daughter smile. She would love this,” another said.

A third added: “Love this and the effort you have gone to making your daughter’s lunch so special.”

Others dubbed the idea “awesome”, “amazing” and “super cool” and love the idea for their own kids.

You can buy similar hollow eggs in the UK from Amazon and eBay and they’re perfect for the Easter weekend ahead.

WERE YOU A FOOL?

The best April Fool’s Day jokes and pranks – did you fall for them?

My sis didn’t want a girl so gave her up – she’s a monster, I’ll fight for custody

Meanwhile, this mum was blasted for buying ‘crazy’ amount of Easter chocolate for her two kids – but do YOU think it’s too much?

Earlier this week, a shocked mum shared a photo showing how much sugar is in a Cadbury Creme Egg – but not everyone was surprised.

Plus mums are making Easter MORE special than Xmas with 5ft trees, decorations from The Range & Home Bargains and egg hunts

We test Easter eggs from supermarkets including Aldi, Tesco and M&S to see which ones are best 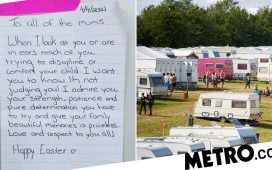 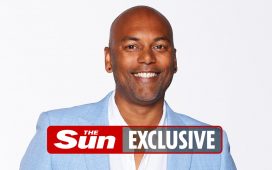 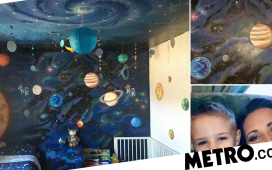 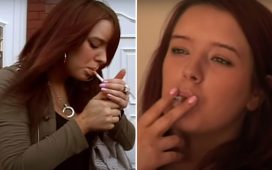 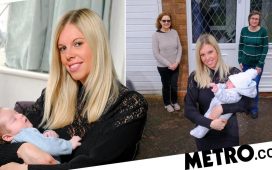 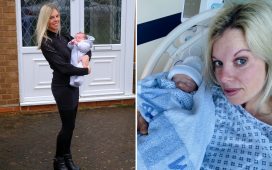