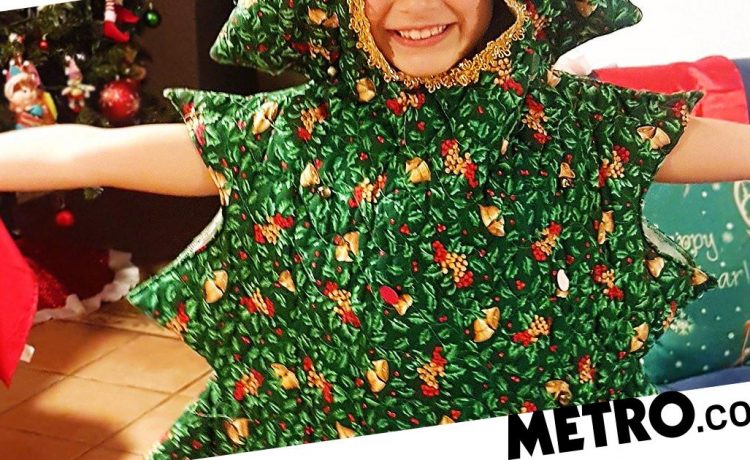 A pushy mum has faced backlash for refusing to go to her daughter’s Christmas school play because she was cast as a tree.

The girl was originally meant to be a singing angel for her second-grade performance.

So naturally, her mother was mortified when she received an email from a teacher saying her daughter wanted to play a tree because she didn’t want to sing.

She said ‘trees don’t do anything’ but her daughter said she just felt like playing one.

After trying really hard to persuade her to pick another role, the little girl burst into tears, ran off and told her mother’s husband.

The woman added: ‘He was no help. He took her side and said that it doesn’t matter if she wants to be a tree because there’ll be more plays in the future and she might want to be something else.

‘I told him that I would go to those plays then, but I’m not going to this one.’

Explaining how she confronted the school about the production’s casting process, the outraged mum said: ‘I spoke to the teacher and told her absolutely not, my daughter will not be a tree and the teacher agreed.

‘She said my daughter is the best singer in the class and that she even has a solo…but also that if my daughter refuses to sing, she can’t make her.’

The unnamed woman posted her story on the ‘AmITheAsshole’ forum on Reddit and, surprisingly enough, people took a dim view of her parenting.

‘It’s beyond incredible that your daughter’s wishes should play any role here whatsoever and whoever thinks it’s a good idea to respect a 7-year-old’s choice of whether or not to perform like a trained seal is ridiculous.’

They added: ‘Based on your edits, you really are completely reasonable here!

‘Every developmental psychologist out there will tell you it’s perfectly fine to force your unwilling kids to live out the childhood dreams you were denied, even if they don’t want to! What do those dumb kids know anyways?

‘It’s your job to teach them things like angels are just better than trees and nobody will ever love them if they don’t have the special glitter costume.’

Another said: ‘Single digit childhood is only time your kid is likely to be happy with just being something as random as being a tree.

‘We all know this kid is going to get dragged to those abominations known as pageants!’

One user commented: ‘The hell is wrong with you? She’s in second grade…. Suck it up and tell her she’s the best tree you’ve ever seen. You should be like a tree too and grow tf up.’


The mother asked for feedback, but refused to accept any of it, and said she will continue trying to change her daughter and will be arranging meetings with her teacher.

She said: ‘You guys are all just saying, “Be happy and just let her be a tree” because it’s not your daughter.

‘None of you can honestly tell me that if your child went from being a singing angel with a solo to a non-talking, non-moving tree, you would take off of work and sit there and be happy.

‘Thank you for all the comments but, like I said, I’m going to talk to the teacher but if my daughter wants to be a tree, fine. I won’t bring it up again, I’ll buy her the stupid costume or whatever, but I’m not taking off of work for that.’

READ  Mum reveals the simple way she encourages her kids to keep washing their hands amid coronavirus outbreak
Share on FacebookShare on TwitterShare on PinterestShare on Reddit
newsgrooveDecember 17, 2020