If there are two words which send shivers down a parent’s spine it’s ‘head lice.’

The process of killing the pesky bugs is long and tedious and often needs to be repeated.

But a mum has shared a hack which she believes banishes the dreaded critters.

Annaliese Dent claims she’s tried every product targeted at head lice, but says an unlikely one is the most effective… hairspray.

Speaking to Kidspot, the mum-of-two said nits cropped up in her family nine times last year and, despite intense cleaning, she struggled to keep them away.

One of her children has long curly hair, which Annaliese says makes it impossible to see the lice – while her other child has short dark hair so it’s easy to spot the ‘beacons of doom.’

The exhausted mum tried numerous ‘old wives tales’ on her kids’ hair, including lavender, tea tree and coconut – but saw no progress.

She even embarked on a relentless cleaning regime to keep the critters at bay, including washing bed sheets, soft toys, hats, vacuumed soft surfaces like the sofa and putting bike helmets in a bin-liner for 48 hours – then repeating this process every seven days.

She said: ‘I was deflated, defeated and at the acceptance stage of nit-grief when someone sent me a message on Instagram with the most life-changing piece of advice.’

Annaliese’s friend told her hairspray worked a treat and the cheaper the better. Simply spray on and leave it.

She explains: ‘They don’t like the sticky and straw-like texture. It makes the hair an undesirable breeding ground.

‘It makes it harder for them to navigate around and for the eggs to attach to the follicle.’

After using the cheap hairspray, the Dent family have been nit-free – even two terms and five lice notices from school later. 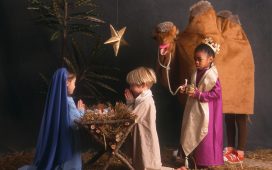 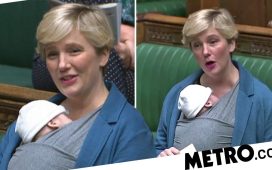