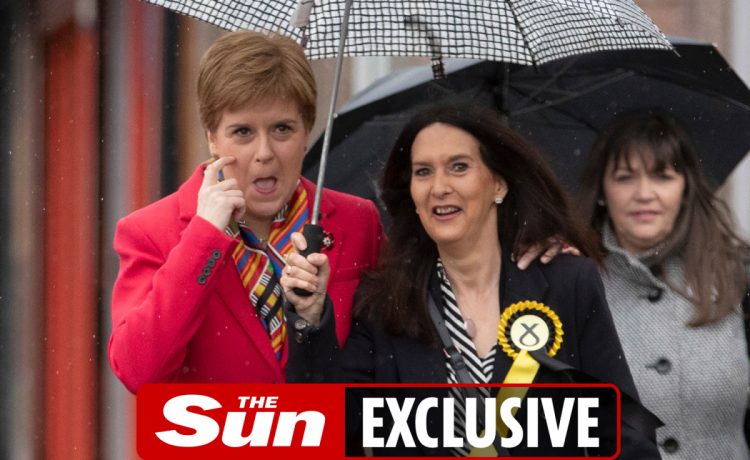 AN MP who travelled from Glasgow to London and back with Covid faces a fresh outcry for putting the overnight stay on expenses.

Ex-SNP star Margaret Ferrier, 60, was condemned for making the 700-mile round trip to Westminster while suffering from the bug in September.

Now, expenses claims published by the Independent Parliamentary Standards Authority show that she charged the taxpayer £175 for her overnight hotel stay.

The claim shows her paying for three nights in a central London hotel but getting a refund for the cost of two nights after she tested positive and dashed back up north.

The claim is within the rules but likely to spark uproar.

Ms Ferrier made the journey on September 28 despite displaying symptoms of the virus and spoke for four minutes in the Commons.

She tested positive that evening but still stayed at a hotel in London before getting the train back to Glasgow the next day.

Ms Ferrier was booted out of the SNP by leader Nicola Sturgeon when the scandal broke last year and was arrested in January for putting lives at risk.

Police Scotland charged her with culpable and reckless conduct — an offence that can carry a life term.

Girl, 18, fighting for life & 3 others hurt after crash as cops hunt woman

Family’s heartache as teen, 18, who killed pal, 17, in crash is spared prison

But despite demands for her to quit her seat, Ms Ferrier is now an independent MP for Rutherglen and Hamilton West.

If she is convicted and jailed, her constituents will have the right to organise a petition to recall her and trigger a by-election.

Last night, ­Ferrier had not responded to The Sun’s request for a comment.