A petition calling on the government not to prorogue parliament has already been signed by more than 1 million people.

It was launched on Tuesday by Mark Johnston, a pro-EU campaigner from Reigate in Surrey, a day before Boris Johnson announced his request to suspend parliament.

The text of the petition reads: “Parliament must not be prorogued or dissolved unless and until the article 50 period has been sufficiently extended or the UK’s intention to withdraw from the EU has been cancelled.”

By early afternoon on Wednesday it had already attracted more than 100,000 signatories, passing the threshold to be considered for a debate in parliament.

Just after 11pm, the petition passed the 1 million-mark. In some remain-backing areas more than 5% of constituents had signed, according to a map attached to the petition. They included parliamentary seats in Edinburgh, Glasgow, London, Sheffield, Cambridge, Oxford, Bath, Brighton and Bristol.

It is the fastest-growing parliamentary petition since more than 6 million people signed a statement calling for article 50 to be revoked earlier this year. 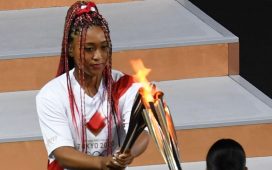