This was the night the Met Gala brought Marilyn Monroe back from the dead. If any lingering doubts remained about the power of the night as a force in American popular culture, they were silenced when Kim Kardashian stepped on to the red carpet wearing the very dress Monroe wore to sing Happy Birthday to JFK in 1962. Unworn for the intervening 60 years, the dress was fashion as holy relic, fashion as green-screen magic, fashion as skin-to-skin contact between screen goddesses from two very different centuries.

Reports of the demise of dressing up have turned out to be greatly exaggerated. The Met Gala is fashion’s biggest night of the year. Returning to the traditional first-Monday-in-May slot on the social calendar for the first time in three years, this year’s party made it abundantly clear that the fashion world is not remotely chastened, dimmed or otherwise humbled by the pandemic. From Katy Perry as a hamburger to Rihanna as the pope, the party has given us the most unforgettable celebrity looks of the past decade, and this year’s event showed no sign of slowing down.

Modern party dressing, trailblazed by the Met, is dressing up as fancy dress rather than dressing up as an aspiration to elegance. Fashion’s biggest night of the year is now entirely about looking spectacular, rather than stylish. Kylie Jenner and Nicki Minaj both wore baseball caps: white and worn backwards with a veil to complement Jenner’s Off White wedding dress; in black leather to match the leggings worn by Nicki Minaj. Jessie Buckley, in a Schiaparelli suit, wore a fake moustache. Gigi Hadid wore a burgundy latex bodysuit under a vast puffer jacket. Gucci designer Alessandro Michele and Jared Leto came as identical twins, down to their red satin bow ties and crystal hair barrettes. Irina Shayk wore a black leather biker jacket, and Gwen Stefani chose a lime-green bra top.

Chic is dead, and social media has blown good taste out of the water. Much is made of the ultra-exclusive invite list of the Met Gala, where each golden ticket comes at a price of £28,000, but what happens inside the party is entirely beside the point. The real party happens on Instagram, and everyone is invited. Kim Kardashian’s 300 million followers saw her in Marilyn’s dress before her table mates did.

“I miss the days when people just wore beautiful clothes,” laments Tom Ford in Anna, Amy Odell’s new biography of Anna Wintour. Wintour, the queen of the Met Gala, oversees the night from a vantage point at the top of the steps outside the Metropolitan Museum of Art, acknowledging the crowds with an occasional wave as if from the Buckingham Palace balcony. Ford, who attended Monday-night’s party in classic evening dress complete with white tie and a white carnation buttonhole, complains that the Met has “turned into a costume party … [it] used to be very chic people wearing beautiful clothes going to an exhibition about the 18th century. You didn’t have to look like the 18th century, you didn’t have to dress like a hamburger, you didn’t have to arrive in a van, where you were standing up because you couldn’t sit down because you wore a chandelier.”

The Met has blasted an arcane and elitist old world order out of the water. Where once the pecking order at New York’s elite charity events was determined by who had the most dazzling tiara in their family vault, the iconography of the modern Met Gala is entirely democratic. The references are to pop culture. There are hamburgers, as per Ford’s thinly veiled swipe at Katy Perry; Marilyn Monroe, reincarnated by Kim Kardashian, the Statue of Liberty, channelled by Blake Lively in a dress that changed colour from copper to blue as she walked up the steps; the Manhattan skyline, as mapped out in crystals on Alicia Keys’ Ralph Lauren cape. These are references that belong to everyone.

But the new world order comes with toxic hierarchies of its own. Beneath the Halloween-adjacent silliness, the pursuit of impossible levels of physical perfection is a deadly serious business. Kim Kardashian revealed that because Monroe’s dress was a historical artefact and could not be altered, she lost 16lbs in three weeks to fit into it. Cara Delevingne, taking the dress code of Gilded Glamour literally, removed the top half of her Dior morning suit on the red carpet to reveal nothing but gold body paint with matching nipple covers. Emily Ratajkowski, similarly, chose vintage Versace, first seen on the catwalk in 1992, made entirely of beads and chains above the waist, without even a wisp of fabric. The approval of the arbiters of good taste has been replaced by social media’s rapacious appetite for bare flesh. This is a new world order, for sure; whether it represents progress is up for debate.

But while all around played the red carpet for maximum laughs, one supermodel flew the flag for quietly subversive British style. In a floor-length black gown by Burberry, accessorised with old-school understatement, with sheer black tights, heeled sandals and a red lip, Kate Moss – once the naughtiest girl in fashion, who once scandalised the nation by wearing a Topshop dress to the Met Gala – did what few now dare to do, and wore a little black dress. Could chic be the next punk? 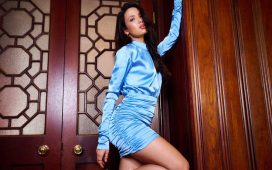 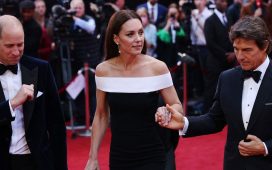 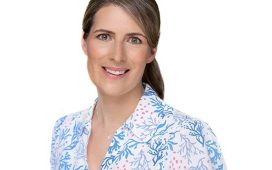 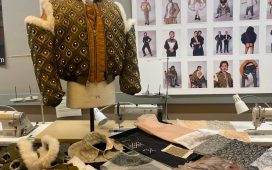 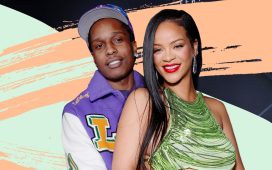