There have been more coronavirus infections outside of China than inside the nation since the outbreak begun there, figures show.

There have been 169.387 worldwide, according to a tracker from John Hopkins University, with some 88,367 of these outside of mainland China.

This total does not account for the 77,257 people who have recovered from Covid-19.

The number of deaths outside of China has also topped those in the nation.

The Chinese city of Wuhan was the original epicentre of the virus.

Figures in China have been rising at a slower rate, with 16 more confirmed on Sunday, down from 20 announced the day before.

On Sunday, Italy recorded its biggest day-to-day increase in infections and 368 more death. The nation accounts for more than a quarter of the worldwide death toll.

“It’s not a wave. It’s a tsunami,” said Dr. Roberto Rona, who heads up intensive care at Italy’s Monza hospital.

The rise of the virus in Europe prompted the World Health Organisation to brand it the new “epicentre”  of the virus.

Italy has gone into lockdown in a bid to stem the epidemic, while Spain has also put stringent shutdown measures in place as it moves to stop further infections.

Can Britain REALLY get 17.5million antibody coronavirus tests by mid-April? 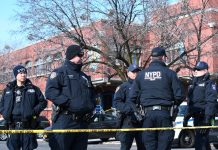 Coronavirus: Waitrose urges couples and families not to shop together to help stop spread of illness

How to get rid of visceral fat: The herbal supplement proven to attack belly fat 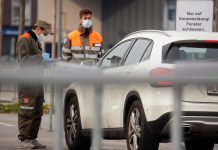