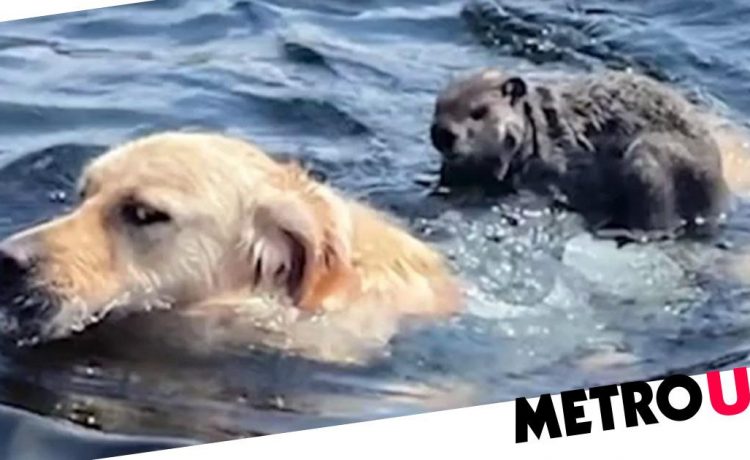 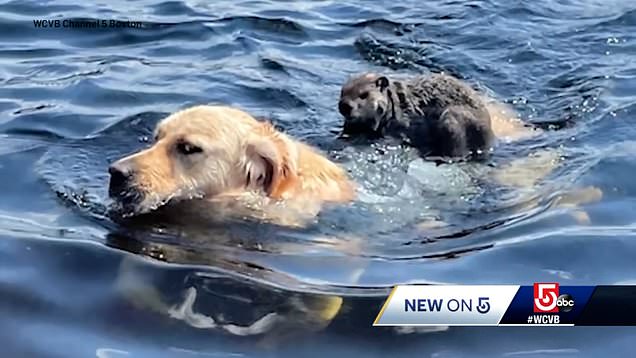 Golden retrievers are known to be a friendly breed and Wally exemplified just that when he gave a woodchuck in a lake a ride on his back. The endearing interaction ended with a kiss between the canine and rodent, and was captured on video by Wally’s owner.

Lauren Russell was with her dog Wally at his favorite swimming spot, Hickory Hills Lake in Lunenburg, Massachusetts, last month. The two were canoeing when Wally came across a furry friend near a small island in the middle of the lake.

‘He was about 100 meters out and a woodchuck, I think, just crawled right up on his back and he swam back to shore with him,’ Russell told WCVB on Monday. ‘He didn’t even care… and just kept on swimming.’

Russell said she and her husband were ‘flabbergasted’.

‘It was unbelievable,’ she said. ‘We couldn’t believe what we were seeing.’

Russell said she is not sure why the woodchuck wanted to hitch a ride on her two-year-old pup.

‘I don’t know if it was in distress or just lazy,’ she said.

The ride did not last the whole way back to shore, as the rodent decided to get off Wally’s back as he neared land. However, it was not until they touched noses that they parted ways.

‘It came right back to the island, hoped off his back and then scurried away and they gave each other a kiss goodbye,’ Russell said. ‘They touched snouts and then he ran away.’

For Russell, Wally’s act of service was just another demonstration of how the golden retriever gets along with everyone and everything.

‘He loves all animals, he loves all little kids, people, you know,’ Russell said. ‘Doesn’t get better than Wally.’ 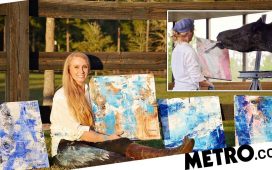 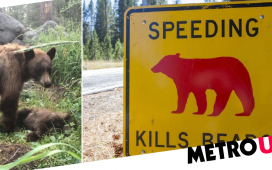