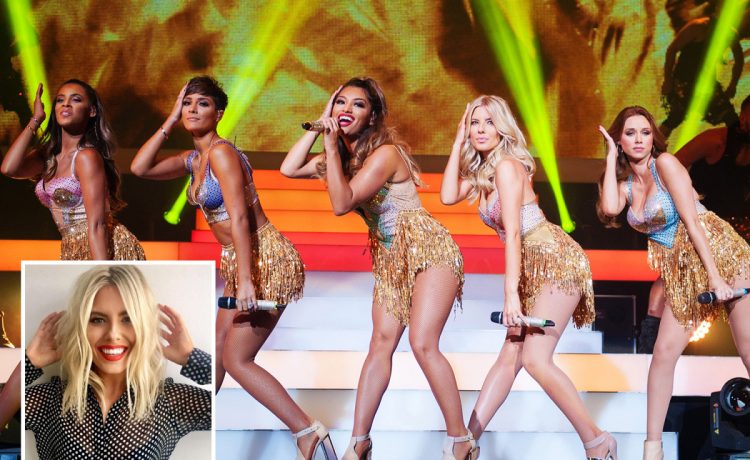 MOLLIE King has hinted that The Saturdays could reunite – seven years after their split.

The DJ, 33, was part of the five piece with Una Healy,  Rochelle Humes, Vanessa White and Frankie Bridge, and she thinks it would be “fun” to get together again.

She said:”I always say never say never. We are all enjoying doing different things, presenting, family life, Una is doing music still. I would definitely think about it.

“We came up on my Spotify shuffle the other day and I was like, “oh I love this song so much!” It would be fun at some point!”

Speaking to the MailOnline, she continued: “Being in a band was the most magical experience. Not being cheesy, but from the age of six I wanted to be in a pop group. The fact that happened – how many people can say that their childhood dream came true!

She added to MailOnline: “People ask if it was as good as I imagined it would be and yes, it really was. And I have four best friends, we have been through everything together.

Her comments come after Una told The Sun she is also hoping for a reunion.

She told us: “More than one have said, ‘Wouldn’t it be lovely to do something again?’ I reckon it will happen.

“I would love to do something with the girls again so we will see. I hope so while we are still fresh and young. I think it would nice to do it sooner rather than later.

READ  Miley Cyrus is feeling ‘so inspired’ as she heads back into the studio but will she write about her break-ups?

“We have some great songs. Someone sent me a link to the megamix the other day and is it bad to say I was fangirling to it myself? I actually love that music. It’s so uplifting. I would love to get back out there.”

The group split in 2014 after seven years of making hits and while the women have remained close, they have all gone their separate ways.

Mollie is now a Radio 1 DJ, Rochelle is a presenter on various TV shows, Frankie works on Loose Women and Vanessa has tried her hand at reality TV.