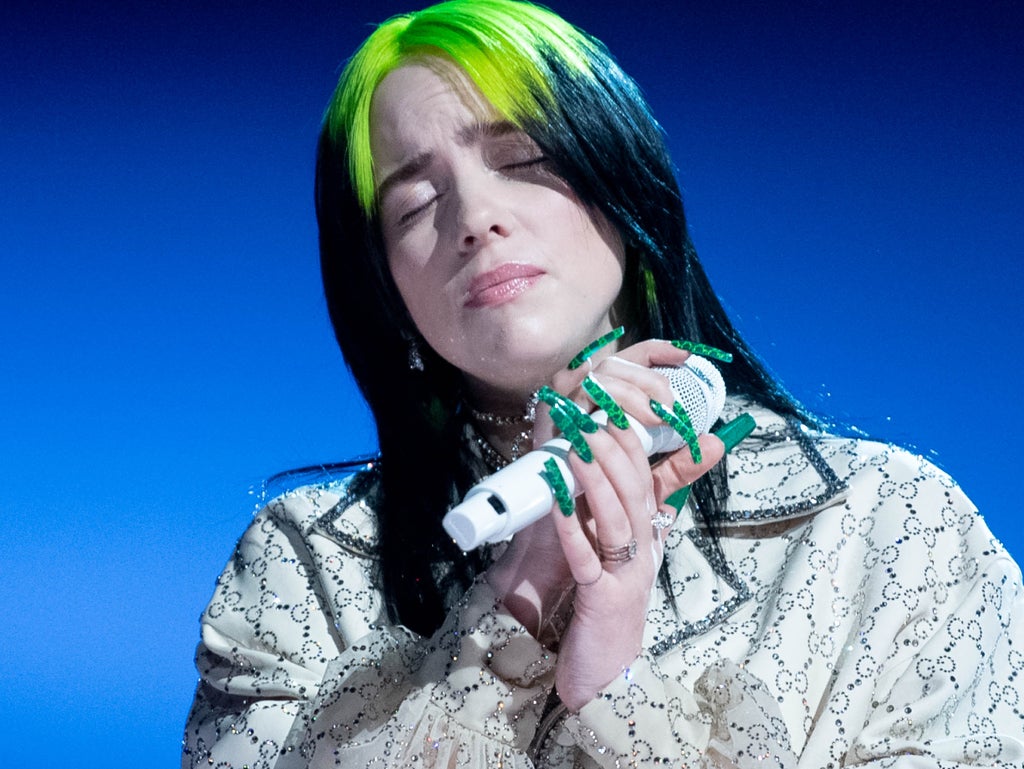 A host of stars including Billie Eilish, Moby, Joaquin Phoenix and Stephen Fry are urging the government to get world leaders to debate animal agriculture at the upcoming climate crisis summit because of the environmental damage it causes.

Eighteen celebrities have written to MP Alok Sharma, president of the Cop26 conference, asking him and other delegates to “formally and publicly recognise the role of animal agriculture as one of the largest contributors to climate change”.

They argue that animal farming should be on the Cop26 agenda because it is the second-biggest source of damaging emissions, after burning fossil fuels for electricity and heat.

The UN’s Food and Agriculture Organisation says global livestock accounts for 14.5 per cent of carbon dioxide emissions, but other research has concluded it is nearer to 16.5 per cent.

This is similar to levels produced by all the world’s transportation combined – and the proportion is forecast to rise.

The celebrities – all on plant-based diets – warn that without large-scale change to animal farming systems, the world will fail to keep rising temperatures to 2C, as agreed.

The letter, coordinated by Humane Society International/UK and seen by The Independent, reads: “With animal agriculture being such a major source of greenhouse gas emissions, it is impossible to meet goals set out in the Paris Agreement without making changes to our global food system.

“Even if all other major sources of emissions were reformed, we will still fall short.

“Addressing these urgent areas in the Cop26 meeting would help propel governments around the world to take action and would provide world leaders with another high-impact option to add to their toolbox for tackling climate change.

“We call on the UNFCCC [United Nations Framework Convention on Climate Change] to formally and publicly recognise the role of animal agriculture as one of the largest contributors of climate change and to open a greater space for dialogue.”

They want Mr Sharma to put three proposals to the summit: shifting subsidies away from animal agriculture to more sustainable agriculture; offering incentives to develop alternatives to animal agriculture and changing government procurement priorities in the public sector.

Moby said: “The science is clear and overwhelming that adopting a more plant-based diet is one of the most impactful actions we can take to avert catastrophic climate change.

“So if we want to protect our planet, we must include intensive animal agriculture in climate change mitigation strategies. Cop26 is one of our last vital chances to reform our global food systems.”

At least 88 billion land animals are bred and slaughtered for food globally each year, taking up nearly 80 per cent of global agricultural land, yet producing less than a fifth of the world’s calories.

Animal agriculture is also a major driver of deforestation, species extinction, land degradation, pollution and exhaustion of water resources because of the vast tracts of land used to grow the crops to feed them on, a system long criticised by experts as highly inefficient.

A series of reports have concluded meat consumption must be reduced to curb CO2 emissions.

World-leading scientists on the IPBES (Intergovernmental Science-Policy Platform on Biodiversity and Ecosystem Services) even floated the idea of a meat tax.

A 2019 study showed that by 2030, the livestock sector is projected to account for almost half of the world’s emissions budget for 1.5C without radical change.

The campaign for Cop26 has been dubbed The Cow in the Room, a play on the phrase “elephant in the room” because HSI claims the conference is ignoring the second-biggest factor in the climate crisis.

Producing meat, milk and eggs also requires huge amounts of water – up to three times as much as producing cereals, one study found.

The Independent has asked the UNFCCC for their response to the letter’s demands.