Mirrorless or DSLR: Which is Best for Your Next Camera?


Mirrorless or DSLR? That is the question. It’s a great time to be a photographer considering a new camera purchase. Whether it’s your first camera or twenty-first, there have never been more options available for features, price, and capabilities. Plus, if buying a new (not used) camera, there are really no bad cameras out there. The first decision you will need to make about your new camera is what imaging system you prefer: mirrorless or DSLR?

Before we go too much farther, I feel it’s important to disclose that I am happily on team mirrorless. I’ve been using a Fujifilm mirrorless camera since 2014 after switching from Nikon DSLRs, which I had used since 2004.

Another item, before we go too much further: the discussion of Micro Four Thirds vs APS-C vs full-frame sensor will be reserved for another time.

First, a brief history lesson: DSLR (Digital Single Lens Reflex) cameras were a direct outgrowth of 35mm film cameras, which had been popular since the 1960s. The first commercial digital cameras in the early 1990s were conversions of Nikon F3 cameras with Kodak sensors. Nikon released its first professional digital camera in 1999, and Canon followed in 2001. The first commercially marketed mirrorless camera was released by Panasonic in 2008.

So, what’s the difference between mirrorless and DSLR? The names will pretty much give you the answer. A DSLR uses a mirror system to direct light from the lens to the mirror, then through a prism, which directs the image to the optical viewfinder. When you’re looking through the viewfinder on a DSLR, you are seeing what the lens is seeing. When the shutter is pressed, the mirror flips up and out of the way, and the shutter opens, exposing the sensor to the light from the image.

In a mirrorless camera, as the name suggests, there is no mirror. This camera system instead relies on electronic viewfinders (EVFs) and/or rear screens to show the image before the shutter is pressed. So, while you are seeing what the lens sees, you are viewing on a high-resolution electronic screen rather than a purely passive optical system. When the shutter button is pressed, the mechanical shutter opens and exposes the sensor to the light from the image.

When choosing between mirrorless and DSLR, the choice will ultimately be determined by your personal preferences and photography priorities, as both systems offer excellent image quality, performance, and variety within their systems. Each system has its advantages and disadvantages, and understanding those will hopefully help inform your decision between these systems.

Seeing EXACTLY what the lens sees is a major practical advantage of DSLR cameras, as optical viewfinders perform well in all lighting conditions, especially in bright light, where EVFs can struggle to be bright enough.

Longer history of development and maturity

These systems have been continually updated with improvements to sensors, focusing systems, and lens choices. There are camera body choices at just about every price point in this system.

Just as with the used car market, great values on camera bodies and lenses can be found in one- or two-generation older model camera bodies. Additionally, there is a very large variety of used lenses available for just about every manufacturer.

While this can be an advantage, it also means that most of the major and easy-to-find improvements in camera performance have already been discovered. Recent releases have concentrated on higher resolution sensors with little other performance improvements.

The mirror mechanism and optical systems to direct light from the lens to the viewfinder involve more mechanical components that require careful and expensive engineering to allow for high performance and durability. These mechanical systems add to the size, weight, and cost of these systems.

Video capabilities not as well rounded and advanced

Due to the presence of the mirror mechanism, a DSLR must operate in a mirror up mode when recording video, and this requires a different focusing system and other compromises to the performance of the system as a video camera.

Unlikely to see any new systems in near future (ever?)

Sony no longer manufactures DSLRs, and Canon and Nikon have no announced or rumored plans for new or revised DSLR cameras. The only manufacturer that I am aware of that is still committed to future DSLRs is Pentax.

Tend to be smaller/lighter

This was one of the initial selling points when the mirrorless systems first debuted, and while still somewhat true, the minute you add a fast telephoto zoom lens to these systems, any weight or size advantage is mostly gone. However, for those who do not need those large lenses ever, or at all, they have the opportunity for a compact and lightweight system with prime lenses.

The lack of a mirror mechanism results in far less mechanical noise when taking photos. My wife and I were photographing a church wedding a couple of weeks ago with our mirrorless cameras, and afterward the venue wedding coordinator said we were the quietest and least distracting photographers she had experienced.

The ability to see exactly what the exposure looks like means I no longer am surprised by the exposure because I left exposure compensation turned on, or when following activity from a light to dark space and forgetting to adjust exposure. This exposure preview is wonderful to learn or make the leap to manual exposure with confidence. This is the feature that I appreciate the most in mirrorless cameras.

The lack of mirror and use of electronic viewfinders and rear screens means that mirrorless cameras are uniquely suited to creating video content without compromises in focusing or preview systems. Most mirrorless cameras are able to capture 4K video and the newest generation of cameras is beginning to offer 8K video recording capabilities.

Many new systems being developed

Sony seems to release a new mirrorless camera every other week, and they have a variety of systems geared to unique use cases. Nikon and Canon are catching up quickly, and each has several higher ends models, with each anticipated to launch a flagship mirrorless model in the next year. Fujifilm and Panasonic continue to expand their lens and camera body systems, providing alternate options to the “big 3.”

I know I said the sensor conversation size was for another time, but I did want to mention that if are interested in larger than full-frame sensor options, there are at least two “medium format” mirrorless systems available. One is from Fujifilm and the other is from Hasselblad. Both use a 44 x 33 mm sensor that is about 30% larger than the 35 x 23mm sensor in full frame cameras. Just sayin’, it’s out there…

There are a wide variety of first- and third-party lens adapters viable to convert either same-system legacy lenses or different system lenses, including vintage 35mm film lenses. With first-part adapters for legacy DSLR lenses, you will maintain autofocus and metering functions. Some, more expensive third-party and cross-brand adapters also offer the ability to maintain autofocus and metering capabilities, while the less expensive converter options lack these automatic features.

EVF and LCD screen not as visible in bright light

These electronic systems are often not bright enough to overcome a sunny day and some kind of hood or method to block the light may be required to compose the photo.

Mirrorless cameras are more electronically complex and are providing power to the sensor and at least one screen at all times. When this is combined with relatively smaller bodies, there is less room for a high-capacity battery, resulting in shorter battery life relative to a DSLR.

Due to the relative newness of mirrorless cameras with DSLR camera feature parity, the used market for one- or two-generation old camera bodies is currently as large as the DSLR used market.

I began this debate with myself in January of 2012 when Trey Ratcliffe published a blog post titled “DSLRs Are A Dying Breed – 3rd Generation Cameras Are The Future.” At the time, I was using a Nikon D600 and thought there was no way that I would be moving to a different technology that had so many disadvantages (at the time!) that do not offset its advantages in my use case. Fast forward two years and my decision changed when I bought a FujiFilm X-T1 in 2014, and now I can not imagine changing back to DSLR technology.

Of course, the debate between mirrorless and DSLR will continue for a while, and the choice of system is highly personal. I do think that all cameras will eventually be mirrorless, as it just makes business sense to the manufacturers to have new systems to sell, and there is still lots of room to improve mirrorless systems to provide a clearer generational upgrade incentive than is available in the mature DSLR systems. I think Trey’s blog post from 2012 was correct, and we’ll just have to wait and see how long it takes for it to ultimately be true.

About the author: Michael Sladek teaches digital photography at Highline College near Seattle, Washington. He enjoys dad jokes, doughnuts, and helping others discover the fun of creating photos they love. Stay connected with Michael on his website, YouTube channel, and Instagram. 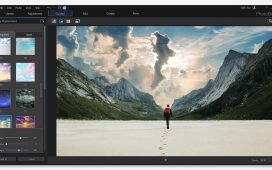 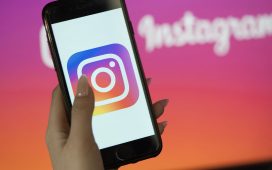 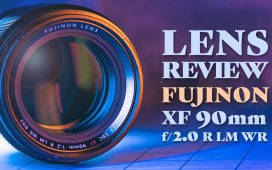 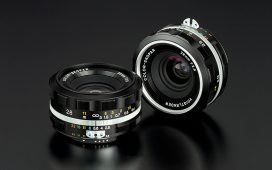 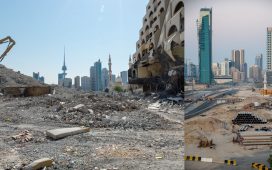 Photos of Kuwait 30 Years After the Gulf War 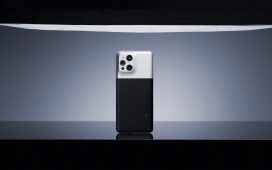 Oppo and Kodak to Co-Launch Smartphone on September 16 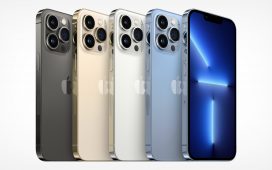 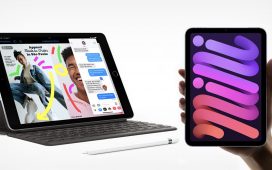