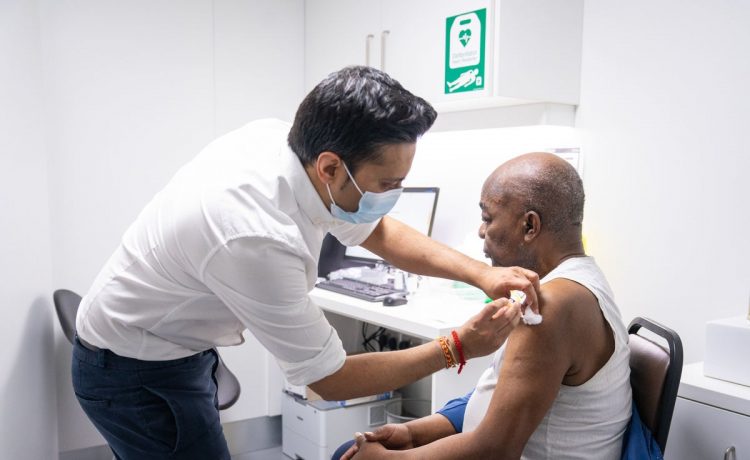 he capital’s public health director has been forced to rebut suspicions from black Londoners about appearing to be prioritised for the Covid jab — after generations of being “last in line”.

It came after Professor Kevin Fenton was told that higher rates of vaccine hesitancy among black and Asian people were driven by a historic lack of “trust” in the authorities.

There were heated exchanges during a Westminster council webinar last night exploring the reasons for the poorer take-up of the jab among the capital’s black and Asian communities, an issue that council leader Rachael Robathan said “really concerns us”.

Eddie Nestor, a BBC London radio presenter, referring to the “distrust” among black people as they are urged to come forward for the vaccine, said: “They tell me they have never been put first. Why are they being put first now?”

Concerns were also expressed about the speed of the vaccine development. Professor Fenton said research by Oxford university and others had been “accelerated because of the scale of the pandemic” and insisted: “No corners have been cut.”

Professor Fenton said: “The reality is that the risk of becoming infected with Covid is way higher than any risk you will have as a side-effect of the vaccine.”

Dr Sheila Neogi, a GP in Pimlico, said elderly patients had been queueing at her surgery since the first days of the roll-out but it was only recently that black patients had come forward. “I don’t understand why people are so scared,” she said.  “I remember the first patient I lost to Covid. She was from the ethnic minorities. She was 54. I was gutted. She was called before her time.”