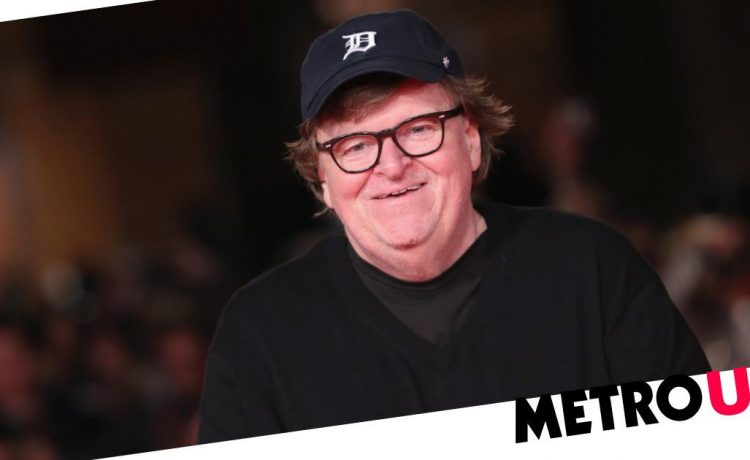 Documentary maker Michael Moore has copped intense criticism after sharing a tweet referencing the alleged Colorado mall gunman who is accused of killing 10 people in the US this week.

The Farenheight 9/11 filmmaker shared a message on social media overnight which suggested seeing as it’s been claimed the alleged Boulder shooter was not born in the States that anyone can ‘truly assimilate into our beloved American culture’.

Ten people were killed on March 22 after a gunman opened fire in a crowded grocery store in southern Boulder as shoppers and workers ran for cover. Victims ranged in age from 20 to 65, and included Boulder Police Officer Eric Talley, 51, who was first on the scene.

Responding to the tragedy, controversial filmmaker Moore shared a photo of the Statue Of Liberty and alongside it wrote: ‘The life of Ahmad Al Aliwi Alissa shows that people can come from all over the world and truly assimilate into our beloved American culture.’

His message sparked backlash with many calling Moore out, with some dubbing it ‘heartless’ and ‘vile’ as others suggested Moore ‘hated’ America with the message.

One wrote underneath Moore’s tweet: ‘Too soon for this crap. We in Colorado are hurting. Ten innocent lives lost. A community devastated. Save this crap for another day. #BoulderStrong.’

Another mused: ‘Stop trying to hijack a tragedy to divert attention to yourself.’

However, Moore had his supporters, with one suggesting his message was ‘a very sad truth’.

Undeterred, Moore himself followed up the tweet by mentioning his 2002 documentary Bowling For Columbine, which explores what he suggests are the primary causes for the 1999 Columbine High School massacre and other acts of gun violence.

He wrote: ‘Here it is. No charge. Unedited. Uncensored. BOWLING FOR COLUMBINE. Sadly, every bit as timely as when we made it. We had provocative ideas about this gun violence and how we might reduce it. It would require us all doing some very “un-American” things.’

Ahmad Al Aliwi Alissa, 21, was named by Boulder Police Chief Maris Herold during a press conference on Tuesday morning, with Herold announcing he had been charged with 10 counts of first-degree murder.

The suspect, from nearby Arvada, was shot in the leg and wounded after police arrived at the King Soopers store, and was taken to hospital, where his condition was stabilised.

It was alluded to that Alissa was not born in the United States, however he is said to have lived in the US for most of his life, with investigators saying they believe he operated alone, and that there is no further danger to the public in connection to the supermarket massacre.

The visibly-distressed police chief said: ‘Our hearts go out to all the victims killed during this senseless act of violence….I feel numb, and its heartbreaking.

‘It’s heartbreaking to talk to victims, their families. It’s tragic. This officer had seven children ages 5 to 18. It is personal, this is my community, I live here.’