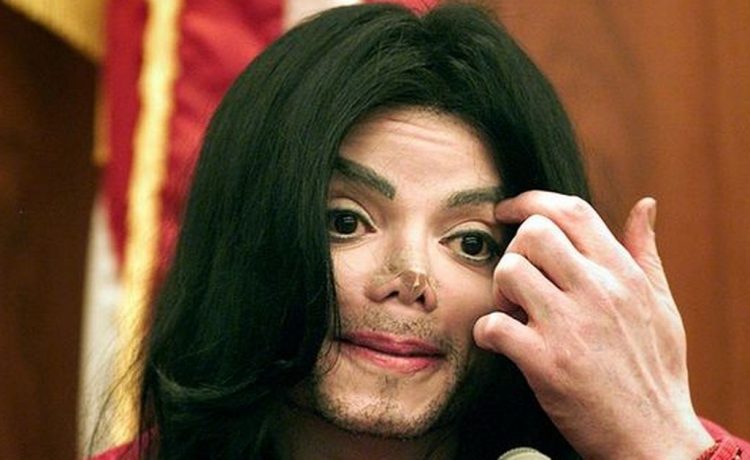 With the nickname of the King of Pop, Michael Jackson was once an unstoppable star who took the world by storm in his prime.

The news of his death on June 25, 2009, rocked the world as millions mourned the loss of the once great showman.

Michael, who passed away aged 50 after an overdose of surgical anaesthetic Propofol at his mansion in Los Angeles, was once the image of power and health.

But his history of cosmetic surgery and secret health problems were laid completely bare following the autopsy report.

The singer was obsessed with privacy – so much so that he refused to let doctors near certain parts of his body, the Mirror reports.

Years of surgery, prescription drugs and an apparent battle with anorexia had ravaged his body and shrivelled him down to a mere 8st 10oz.

The singer’s autopsy report made for horrifying reading, with various scars and mystery wounds all over his body.

There was nothing but partially dissolved pills in his stomach after reportedly surviving on just one tiny meal a day.

Jackson had puncture wounds all over his arms, believed to have been caused by the drugs he was injecting in a desperate bid to overcome chronic insomnia.

His hips, thighs and shoulders were also covered in puncture marks from what were believed to be from painkiller injections.

There were also visible traces of the numerous cosmetic surgeries he’d undergone over the years – with two surgical scars behind his ears and two more on either side of his nostrils.

Doctors concluded that many of the scars at the base of his neck and on his arms and wrist were from his various operations.

As well as the surgery scars, Jackson also underwent some strange cosmetic procedures, including having his lips tattooed pink.

While his eyebrows were black tattoos and the front of his scalp had also bizarrely been tattooed black to blend with his hairline.

Meanwhile, the star’s knees and shins were mysteriously bruised and he had cuts on his back, suggesting a recent fall.

His body was also mottled with areas of light and dark skin, confirming he did indeed suffer from pigmentation disease vitiligo.

But more disturbingly, his wavy, shoulder-length hair was found to be a wig that had been glued onto his head.

Beneath it, Jackson was completely bald apart from patches of ‘peach fuzz’ on his scarred scalp.

“He was skin and bone, his hair had fallen out, and he had been eating nothing but pills when he died,” a source close to the singer told The Sun.

“Injection marks all over his body and the disfigurement caused by years of plastic surgery show he’d been in terminal decline for some years.”

Jackson is believed to have first started wearing a wig after his hair caught fire during filming for a 1984 Pepsi commercial, leaving him with second and third degree burns.

The shoot at LA’s Shrine Auditorium required him to dance down a short flight of stairs as fireworks were let off around him.

But a technical problem during the sixth take saw the pyrotechnics explode too early, causing sparks to ignite Jackson’s heavily gelled hair before it burst into flames.

The star ended up being carried out by a stretcher, with a bald, burning patch above his left ear clearly visible.

It has often been speculated that the accident was the beginning of the singer’s pill addiction.

He was prescribed severe pain killers to cope with the agony of the burns to his scalp and face and went on to become hooked on prescription medication – a dependency that would ultimately kill him.

His brother Tito previously told the Mirror: “He had been taking pain medicine because of the burns and evidently he got some kind of addiction from it.”

The autopsy also confirmed the truth behind years of speculation about Jackson’s changing skin colour.

He had always insisted the change in his appearance over the years was due to skin condition vitilago, which causes patches of lost pigmentation.

Dr. Christopher Rogers, the medic who oversaw the autopsy, noted that Jackson did indeed suffer from vitilago, adding: “So, some areas of the skin appear light and others appear dark.”

The autopsy also showed there had been a desperate struggle to save Jackson after he was found unconscious at his home.

Chest bruising and cracked ribs were put down to CPR attempts by paramedics trying to resuscitate him before he was pronounced dead.

There were also problems with Jackson’s feet – as the pop star had refused to let doctors anywhere near them.

With his iconic moves and game-changing choreography, Michael Jackson’s feet were his money-makers.

They brought the world the Moonwalk for the first time when Jackson unleashed the move during a performance of Billie Jean on US television in 1983.

Obsessed with privacy, Jackson would self-medicate with painkillers rather than letting professionals near his twinkle toes.

And there was a reason he wore his trademark socks, with Jackson said to have been hiding a a pair of feet heavily deformed

This was caused by agonising callouses and a fungal infection so severe that it looked like his skin was rotting.

According to his physician Dr Conrad Murray, the star was so obsessed with privacy that for years he refused to let anyone see his feet, let alone treat them.

Instead, Jackson developed an addiction to painkillers that would prove fatal when he suffered a cardiac arrest sparked by the anesthetic propofol in June 2012.

Murray was later jailed for four years for involuntary manslaughter for improperly administering the fatal dose, although he continues to maintain his innocence.

Describing Jackson’s feet in his 2016 autobiography, This Is It, Murray wrote: “(They) were covered in callouses… and had an advanced chronic fungal infection. It turned out he always wore socks because he was so ashamed of the way his feet looked.

“I suggested he needed a podiatrist. A day after his feet were treated, he was amazed he could walk and dance without pain.

“Later I prescribed anti-fungal medications to clear the infection. It was a complete success. Meanwhile, I personally administered regular lotions and massages to remove the rough skin.

“The fact Michael’s feet, something critical to him, were in such poor condition was a sign not only had he neglected himself but those around him were not keeping a close eye on his wellbeing.”