NewsGroove Uk
NewsGroove Uk > Health > Michael Gove: We may have to accept more deaths from Covid-19 when restrictions are lifted
Health 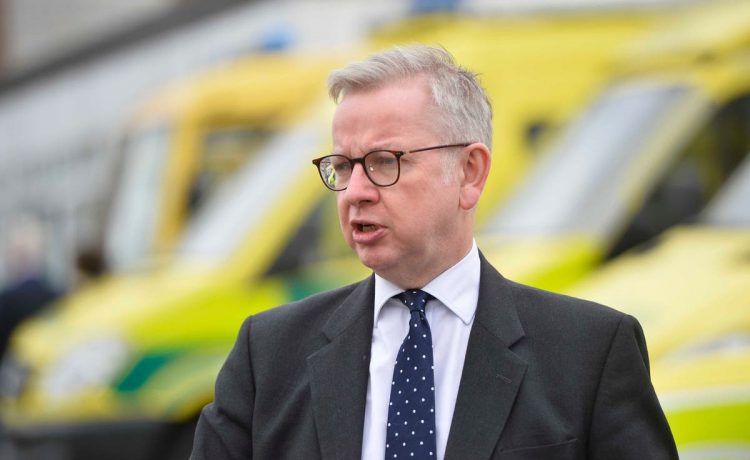 iving with Covid may mean accepting more deaths from the disease when restrictions are finally lifted, a senior Cabinet minister said on Tuesday.

In candid comments about what may happen after the so-called Freedom Day on July 19, Michael Gove said the nation must learn to expect “tragic consequences” from Covid just as they do from influenza.

“As the prime minister and Chris Whitty said at the press conference last night, we’re going to have to learn to live with Covid, and it’s a very nasty virus,” he said.

Mr Gove told Times Radio said there would never be “shoulder shrugging” about deaths but asked if people needed “to stare death in the face” he said: “While it is important that we do accept that, we also do everything that we can consistent with society running normally to protect people.”

Mr Gove would not put a number on how many deaths the Government would regard as tolerable. But a leading epidemiologist said it was “quite possible” that hundreds of people a day could die in Covid waves after the economy fully reopens and social distancing is eased.

Asked by BBC Radio’s Today if such a long-term level might be acceptable, Mr Gove replied: “I think it’s a fair question, but I’d look at it the other way around. The key thought, in my mind, is how do we provide the maximum level of protection to all.”

He told Sky News that only something “unprecedented and remarkable” would cause another delay after July 19.

But some senior Tories voiced anger at the delay. Former minister Mark Harper, chairman of the Covid Recovery Group (CRG) of Tory MPs, told LBC radio he thinks “we could have moved ahead perfectly safely on the 21st of June”.

He argued: “The Government says, we’ve got to learn to live with it, but the problem is every time we get to that point, ministers seem to not actually want to live with it and keep restrictions in place.

“Now, I think the public needs to understand there’s risk involved, you can’t get zero risk.”

Professor Graham Medley, from the London School of Hygiene & Tropical Medicine and a member of the Scientific Advisory Group for Emergencies (Sage) advising the Government, warned there could be hundreds of deaths a day.

“Although the numbers of deaths are low at the moment, everyone expects that they will rise,” he told Today. Pressed on the possibility of hundreds a day, he added: “I think that’s quite possible. It’s not a certainty.”

The Government’s former chief scientific adviser, Professor Sir Mark Walport, told LBC radio that if nothing had been done, the doubling of cases would have seen a big surge.

“It’s fairly obvious that, if you increase people’s social contacts at the moment, then the rate of transmission will rise further,” he said.