The financial watchdog has launched an investigation into M&C Saatchi after the advertising agency revealed an accounting scandal last year.

Its co-founder Maurice Saatchi and three other directors quit in the wake of the scandal and the agency has been left in freefall, with its market value tumbling by almost three quarters since last summer.

The Financial Conduct Authority, which is a client of M&C Saatchi, asked the agency for information regarding the £11.6m in accounting errors in December. The FCA has the power to fine and prosecute if it finds transgressions of financial conduct regulations.

The announcement of the investigation sent the agency’s share price down more than 9%, to about 100p, valuing the business at £93m. Last August, before the agency revealed the scandal, it was trading at 339p, equal to a stock market value of £315m.

M&C Saatchi’s bosses have struggled to get the crisis under control, issuing multiple restatements of the scale of the scandal as well as two profit warnings, and admitting the misapplication of accounting rules could stretch back five years.

In December, its co-founder Lord Saatchi and the independent directors Michael Dobbs, the author of House of Cards; Sir Michael Peat, the former private secretary to Prince Charles and the p in KPMG; and the former Numis investment banker Lorna Tilbian quit in a dispute over the handling of the scandal.

Earlier this week, M&C Saatchi moved to shore up its board by appointing Gareth Davis, the former chief executive of Imperial Tobacco, as deputy chairman. Colin Jones, the chairman of the publishing and events business Centaur Media, has been appointed as a non-executive director and replaces Peat as chairman of the audit committee. When the final two vacant board positions are filled the non-executive directors will conduct a full review of M&C Saatchi’s governance.

The three remaining founders of M&C Saatchi – the chief executive, David Kershaw, the chairman, Jeremy Sinclair, and Bill Muirhead, the executive director – have already moved to strengthen financial controls. However, the agency admitted that the rollout of a new single accounting IT platform to replace the myriad of different systems used across its worldwide network of agencies will not be completed until early 2021.

The financial crisis has also prompted the company to seek £2.5m in cost cuts in the UK, including significant job reductions. The UK operation employs about 837 staff, one-third of the 2,600 global headcount. The cuts are expected to produce annual savings of about £6m from this year onwards. The agency’s two biggest markets are the UK and Australia.

Bottas on pole as Russell qualifies second at Sakhir 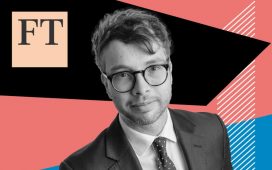 Covid vaccine arrives, Douglas Ross on the future of the UK

Charley Webb husband: When did she and Matthew Wolfenden get married?