Mauricio Pochettino and Brendan Rodgers are reportedly among the top candidates to replace Pep Guardiola as Manchester City manager – if the Spaniard quits.

Guardiola’s long-term future at the Etihad Stadium has been thrown into serious doubt after City were handed a two-season ban from the Champions League by UEFA.

Europe’s governing body fined the Premier League champions £25million and will prevent them from competing in European club competitions during both the 2020/21 and 2021/22 campaign due to “serious breaches” of their financial fair play rules.

With City expected to lodge an appeal with the Court of Arbitration for Sport, The Telegraph reports that Guardiola will make a decision on his future when the situation becomes clearer.

Guardiola has recently been linked with the manager’s job at Juventus and it is believed that news of the ban could cause the Italian champions to step up their efforts to bring him to Turin.

According to the publication, both former Tottenham manager Pochettino and current Leicester boss Rodgers would be in contention for the job if the Spaniard did decide he wants to move on.

Pochettino is currently without a club since being sacked by Spurs in November after a poor start to the season but has regularly been linked with Manchester United.

But it is claimed that some of City’s executives think highly of the Argentine after his impressive few years with the North London club, which saw him reach the final of the Champions League in 2019.

City have denied any wrongdoing throughout the investigation and are expected to lodge an appeal with the Court of Arbitration after admitting they were “disappointed but not surprised” by the outcome.

With the suspension estimated to cost City between £200million and £300million the outcome of the appeal could have a huge impact on the club’s future. 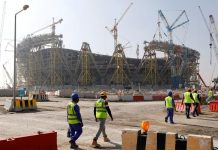 Premier League players 'prepared to step up' amid coronavirus crisis 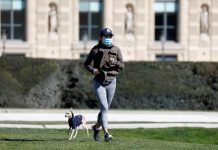 Parisians banned from outdoor sports between 10am and 7pm