NewsGroove Uk
NewsGroove Uk > Politics > Matt Hancock to give Commons statement at 12.30pm after news under 50s have to wait longer for vaccine
Politics

Matt Hancock to give Commons statement at 12.30pm after news under 50s have to wait longer for vaccine 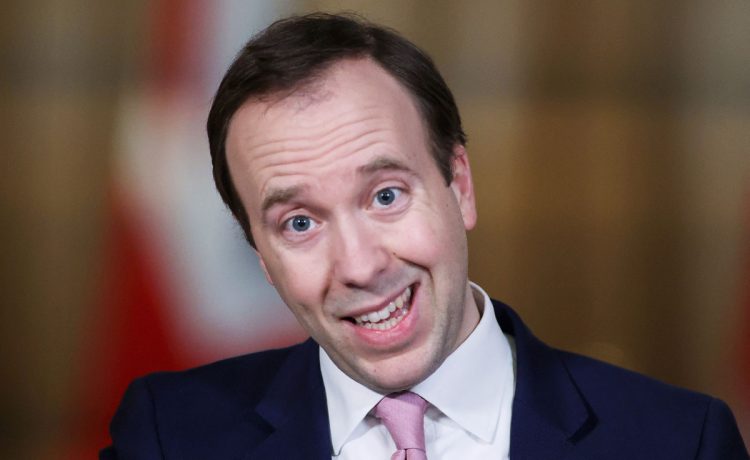 MATT Hancock will give a Commons statement today at 12.30pm after the news that millions of under 50s have to wait longer for their jabs.

Ministers have promised they are still on target to get all adults their first dose by July, but due to a “lumpy” supply in the next four weeks, fewer doses are expected to come in.

It means that those over 50s won’t be offered the vaccine just yet, as the NHS will use the remaining supply to offer it again to those older people who previously turned it down.

Ministers have reassured Brits that everyone who needs a second shot will get one on time, as planned.

Yet, the second phase of the immunisation blitz is unlikely to start before mid-April.

This week people in their 50s were invited to get the jab and can sign up online or by waiting for a text from their GP.

NHS chiefs warned yesterday of a “significant reduction” in weekly supply from March 29.

Five million doses of the Oxford/Astrazeneca vaccine were due to arrive later this month to help supercharge the immunisation blitz.

But the shipment from India has been delayed by four weeks – meaning millions of younger Brits will now have to wait a month longer for their jab.

Mr Hancock told last night’s Downing Street press conference: “At the same time as opening up offers of vaccinations to all those who are 50 or above, we’re going to do whatever it takes to reach all those in the most vulnerable groups who haven’t come forward yet.

Robert Jenrick said this morning: “We do think there are going to be some supply issues in the weeks ahead but this isn’t anything people should worry about.

“We’re still on course to meet our targets. Nobody who has an appointment should be concerned, you’re still going to get your second vaccine.

“We always said right from the beginning a new manufacturing process would have its lumps and bumps.

“That was the case in the past and I’m sure it will be in the future.

“We’re sourcing vaccines from all over the world and we are experiencing occasionally some issues.

“The main thing is we’re still very much on course, we’ve still got line of sight to deliver the vaccines and meet our targets.”

Mr Jenrick said while the rollout over the next few weeks ‘won’t be as fast as we might have hoped for’ the pace will then pick up again.

He said: “We have every reason to believe that supply will increase the months of May, June and July.”

All adults to get vaccine by July & roadmap out of lockdown on course, says minister

Some 25,000 Brits were killed by Covid ‘because PM delayed the latest lockdown’

Nearly one in two Brit adults have now had their first Covid jab, with 25.3 million now vaccinated against the pandemic.

It includes 95 per cent of those over the age of 65 – who are among the highest risk from the virus.

But the pace of the vaccination programme is now set to slow until the delayed shipment arrives in late April.

Officials hope the bump in the road will not change Boris Johnson’s pledge of offering a first dose to all adults by the end of July.