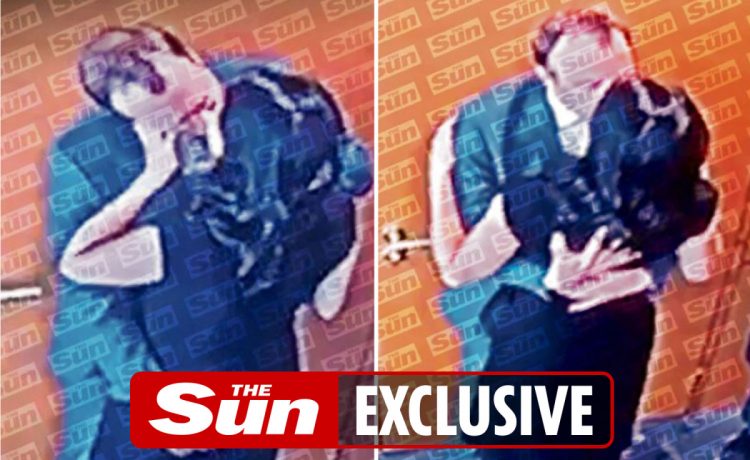 MATT Hancock has scrapped a public appearance today as he bunkered down following The Sun’s bombshell revelations of a secret affair with his close adviser.

The Health Secretary – who is fighting for his political life – is facing calls for him to be sacked over the shameful affair scandal.

He was supposed to attend a vaccination centre at Newmarket in his Suffolk constituency today.

But the trip would have been undoubtedly overshadowed by mounting questions of him snogging top adviser Gina Coladangelo.

And this afternoon, Mr Hancock apologised for his actions, saying: “I accept that I breached the social distancing guidance in these circumstances.

“I have let people down and am very sorry.

Bombshell CCTV footage of the married Cabinet Minister locked in a steamy clinch has rocked the heart of Government this morning.

The cosy embrace in his Whitehall office on May 6 – before lockdown rules were relaxed to allow hugging – have fuelled furious claims of brazen hypocrisy and possible rule-breaking.

Anneliese Dodds MP, chair of the Labour Party said today: “If Matt Hancock has been secretly having a relationship with an adviser in his office – who he personally appointed to a taxpayer-funded role – it is a blatant abuse of power and a clear conflict of interest.

“His position is hopelessly untenable. Boris Johnson should sack him.”

Millionaire lobbyist Ms Coladengelo was brought in to the Department for Health as an unpaid adviser in March last year before, being appointed as a salaried non-executive director in September.

The images – taken as the pandemic raged and the mutant strain spread – have left Mr Hancock’s Cabinet career hanging by a thread with Labour demanding urgent answers.

As of this morning Boris Johnson was sticking with his Health Secretary, with the Government line insisting it was a “private matter”.

Transport Secretary Grant Shapps said he “absolutely” had confidence in his Cabinet colleague.

He told Times Radio: “We don’t live in a world where the responsibilities of public work and what somebody has done in their private life are one and the same thing.

“We’re living in the 21st century and how people live their private lives is a private business.”

Mr Hancock has three children with his wife of 15 years Martha Hoyer Millar.

But critics honed in on questions relating to the hiring of Ms Coladangelo, who Mr Hancock made a paid non-executive director at the Department for Health in September.

A Labour spokesperson said: “Ministers, like everyone, are entitled to a private life.

“However, when taxpayers’ money is involved or jobs are being offered to close friends who are in a personal relationship with a minister, then that needs to be looked into.

“The Government needs to be open and transparent about whether there are any conflicts of interests or rules that have been broken.”

A Department for Health spokesperson said the appointment was “made in the usual way and followed correct procedure”.

What did Matt Hancock say on Gina Coladangelo affair today?

Lib Dem leader Sir Ed Davey said: “The reason Matt Hancock should resign is that he is a terrible Health Secretary, not because of his private life.

“From the PPE scandal, the crisis in our care service and the unbelievably poor test and trace system, he has utterly failed.”

SNP MP Pete Wishart agreed: “For Hancock to go down for having an affair would be akin to Al Capone going down for tax evasion.”