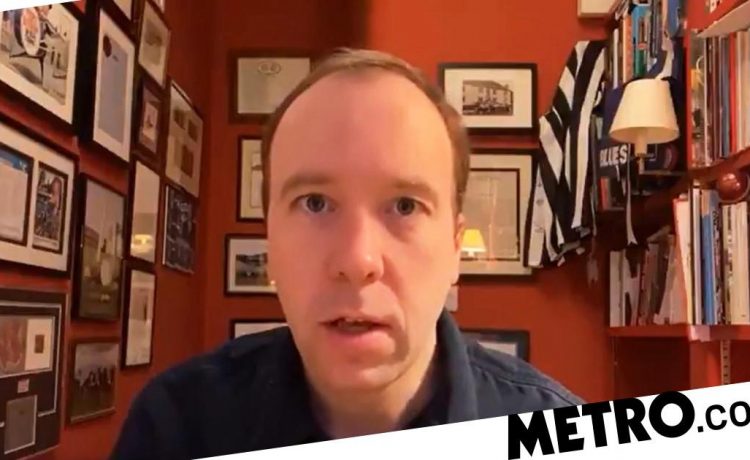 Health Secretary Matt Hancock has given an insight into his working process, describing his unusually decorated office as ‘soothing’ and ‘like a boudoir’.

He was quizzed on the colour scheme while being interviewed, and asked whether the bright red wasn’t a little bit angry.

Holly Willoughby had told him it was ‘quite a brave choice of paint’ for the red room and he insisted: ‘I love it.’

Mr Hancock replied that he found it very relaxing – and now we reckon he could give Laurence Llewellyn Bowen a run for his money.

‘It’s like a boudoir, it’s soothing,’ he told the presenters, as they sat outside the studio.

Philip Schofield, taken aback, asked: ‘It’s a boudoir?! What have you just said?!’

He then replied: ‘It’s just me and my paperwork…’

According to the Cambridge Dictionary, a boudoir is ‘a beautifully decorated room used in the past by a woman for sleeping, dressing, relaxing, and entertaining.’

Naturally, people picked up on his choice of words, with some calling him ‘loveable’ but others feeling a bit put off their breakfast.

‘I’d rather not hear the words ‘boudoir’ and ‘Matt Hancock’ in the same sentence,’ one man wrote.

A woman added: ‘Matt Hancock referring to his red office as a ‘soothing boudoir’ is the last thing I needed to hear today! Never want to hear him saying [those] words again.’

But another Twitter user claimed that this was an ‘amazingly easy way to change the narrative’ from questions over how PPE contracts had been awarded.

His decor was first picked up on during Zoom speaking engagements from his office – so next time you see him on the news, take a spy inside the boudoir too.

READ  Cops called to check on welfare of cardboard cutout
Share on FacebookShare on TwitterShare on PinterestShare on Reddit
newsgrooveMarch 29, 2021