Massive freshwater aquifer discovered off the US East Coast 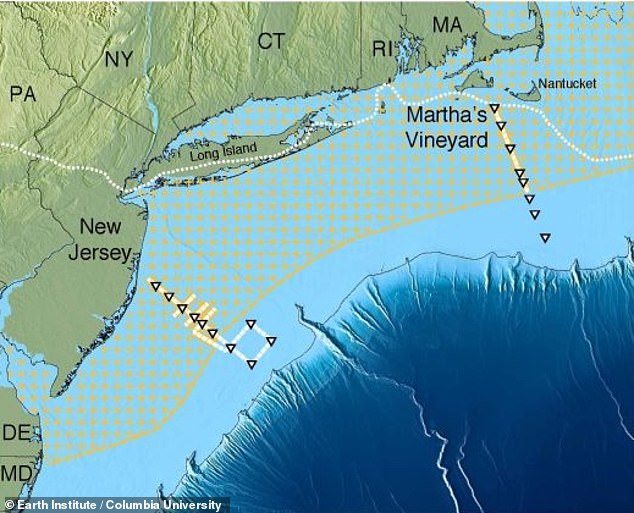 Massive aquifer containing enough freshwater to fill a 15,000-SQUARE-MILE lake discovered off the US East Coast

Scientists say a massive freshwater aquifer discovered off the coast of the US could help mitigate water crises in North America and abroad.

In a study spearheaded by scientists at Columbia University, the researchers say the gargantuan subterranean aquifer spans at least from New Jersey to Massachusetts and sprawls outward into the ocean, reaching the edge of the continental shelf.

Scientists say if the water contained in the aquifer were a surface-level lake, it would cover about 15,000 square miles.

A giant reserve of fresh water has been confirmed off the coast the US, hidden beneath the surface. Its extent is plotted in the hashed area of the map above

Among other things, the study published in the journal Scientific Report gives hope that similar aquifers may lie off the coast of other land masses around the world and could provide a much-needed supply of fresh water for drought-stricken communities.

The study, which is based on surveys by the team that started in 2015, confirms theories that date back to the 1970’s when oil companies reported finding freshwater while drilling off-shore.

Unbeknownst to companies at the time, the relatively small drill holes bored into the ocean floor were the first foray into a massive underground lake.

‘We knew there was fresh water down there in isolated places, but we did not know the extent or geometry,’ said lead author Chloe Gustafson, a PhD. candidate at Columbia University’s Lamont-Doherty Earth Observatory in a statement.

‘It could turn out to be an important resource in other parts of the world.’

To map the aquifer, researchers dropped a machine into the ocean which then propelled electromagnetic waves beneath the seafloor.

Since salt water is a better conductor of electromagnetic energy, scientists were able to measure the existence of fresh water based on conductivity — the less conductivity the lower the salt content.

What scientists found were deposits of fresh water far that extended beyond their expectations. 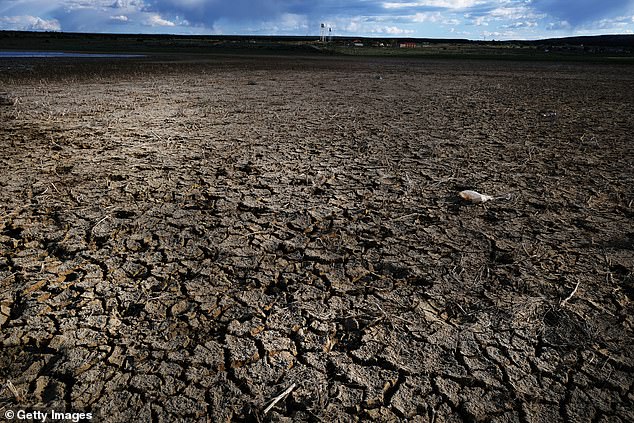 In some cases, the researchers say, the water starts at about 600 feet and extends 1,200 feet below the ground and just out as far as 75 miles into the continental shelf.

Water was trapped beneath the ocean floor somewhere between 15,000 to 20,000 years ago, via a tandem of processes according to scientists.

In one scenario the water began to accumulate when sea levels were much lower via rain water, rivers, and even glacial melt water. As sea levels rose and brought with it an increasing amount of sediment, that water may have been trapped underneath the surface.

READ  Weather warning: Solar minimum is here and ‘it is a bigger threat than CLIMATE CHANGE’

Additionally, scientists say the aquifer was able to grow by runoff from land. Rainwater and other freshwater is being pushed into the sea and is absorbed into the aquifer due to the aquifer because of the vacillating tides — the ebb and flow creates an effect similar to squeezing a sponge.

Regardless of how the water got there, scientists are already thinking about how it might be used in the future. To fully purpose the resource for drinking water, researchers say it would have to undergo some desalination.

Unlike pure saltwater, however, since the water is mostly considered fresh, desalination — often tedious and expensive — would be a much easier process.

HOW BIG IS THE AQUIFER DISCOVERED OFF THE COAST OF THE US?

Scientists say a massive freshwater aquifer discovered off the coast of the US could help mitigate water crises in North America and abroad.

The aquifer stretches from the shore at least from Massachusetts to New Jersey, extending continuously for about 50 miles to the edge of the continental shelf.

If found on the surface, it would create a lake covering some 15,000 square miles. 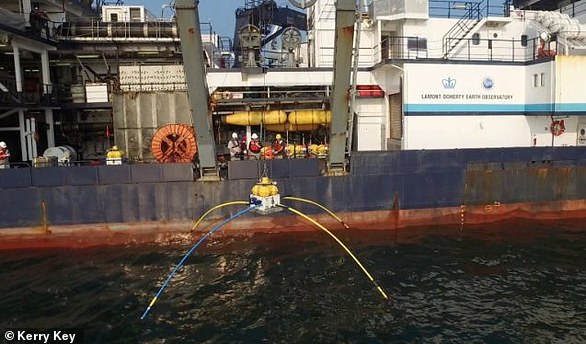 Researchers, who surveyed the aquifer with electromagnetic waves, say the deposits are more or less continuous, starting at the shoreline and extending far into the continental shelf.

In some cases, it stretches as far as 75 miles. For the most part, the deposits begins at around 600 feet below the ocean floor, and bottom out at about 1,200 feet.

They estimate that the region holds at least 670 cubic miles of fresh water.

The water probably got under the seabed in one of two different ways, say the researchers. Some 15,000 to 20,000 years ago, toward the end of the last glacial age.