Manchester United’s Victor Lindelof can see how ‘hot feelings’ caused the spat between Raheem Sterling and Joe Gomez, but says that players from rival teams need to think of the national team and act accordingly.

Sterling has been dropped from the England team to face Montenegro on Thursday for his part in the incident at England’s training base on Monday.

The Manchester City winger tried to grab the Liverpool defender by the neck and goaded him following an initial altercation between the two at Anfield on Sunday.

Sterling has now apologised for his actions, and Lindelof symapthises with his emotions, but still feels that he should have controlled himself on international duty.

‘There can be some hot feelings,’ the Sweden international told Fotbollskanalen. ‘There are important matches being played in the league. But when you come to the national team you have to try to let go of those feelings and think of the national team.

‘It is perfectly understandable that there can be a lot of emotions, but of course it is not optimal if you should go in and start quarreling.

‘I don’t know the whole situation so I can’t stand here and say who was right or who was wrong.’

Gomez was reportedly ‘deeply shocked’ by the incident as Sterling approached him and asked,’You still the big man?’

However, the pair have now put the spat behind them and after both spoke to their colleagues at a team meeting, they have moved on.

Sterling will not play on Thursday at Wembley, but he has been pictured in training alongside Gomez, both with smiles on their face.

The initial handbags at Anfield seemed to be an incident of little import, as the players briefly squared up to each other after a challenge, with the situation quickly diffused.

However, with the title implications of the match and Sterling receiving constant abuse from Liverpool fans throughout the game, it clearly had more of an impact than it would have done in another contest.

England and Leicester defender Ben Chilwell faced the media on Tuesday alongside Gareth Southgate and says the issue has now been put to bed.

‘We all know as football players’ emotions can run high,’ said the full-back. ‘There’s no-one trying to make excuses for him, including himself, but obviously two days ago was a very emotional game, two great sides battling it out and things are going to get heated.

‘They’ve both moved on and they’ve both squashed it and, like I say, we’re moving on now to the football.

‘We’ve moved on. We trained this morning, training was good, the same as it would be normally, and the changing room seemed pretty normal this morning.

‘As far as I’m concerned, and everyone else I’d say, it’s been squashed and we’ve moved on today.’ 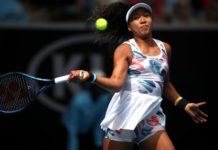